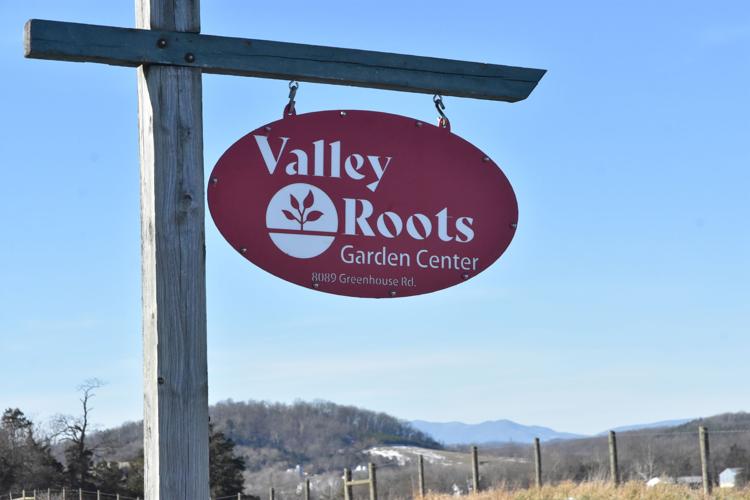 The sign for Valley Roots Garden Center swings outside along Greenhouse Road in Weyers Cave. 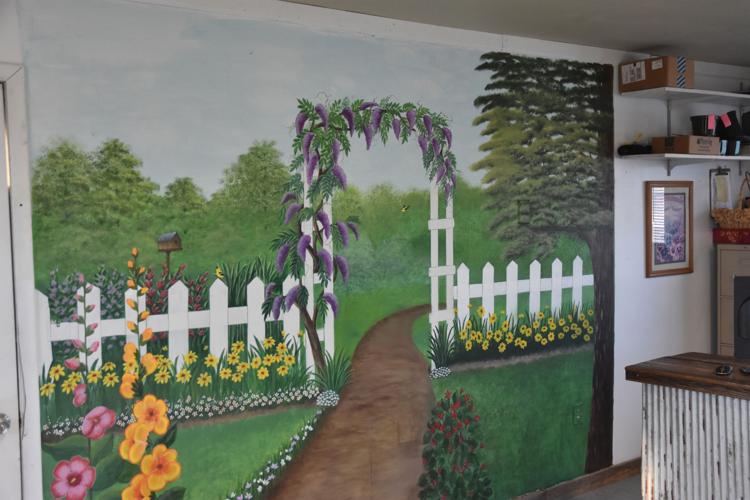 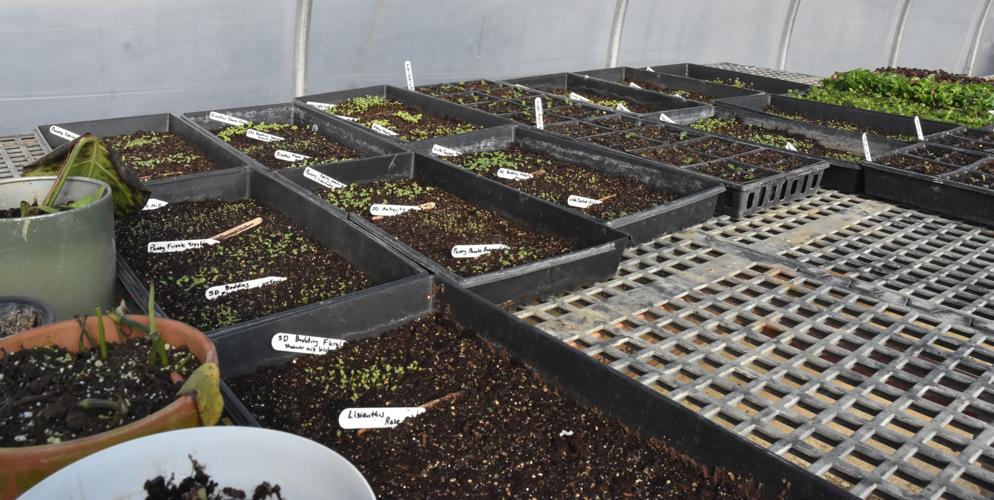 Seeds begin to sprout inside a greenhouse at Valley Roots Garden Center.

The sign for Valley Roots Garden Center swings outside along Greenhouse Road in Weyers Cave.

Seeds begin to sprout inside a greenhouse at Valley Roots Garden Center.

WEYERS CAVE — Amid the rolling farmland that straddles the line between Rockingham County and its Augusta neighbor to the south, Mary Jane Martin gives a quick tour of the property she, her son and his wife have dubbed Valley Roots Garden Center.

The buildings are old, some plastic flaps in the wind. But inside the greenhouses, the cold air gives way to a warm, humid environment where, buried in small boxes under black dirt, green is just starting to sprout.

For two years, the place formerly known as Hidden Acres Greenhouse and then Sunny Acres Greenhouse sat dormant. Its buildings slowly weathering into decay, the plastic slowly getting ripped off due to high winds, the changing seasons and lack of care.

But the Martins have been hard at work turning the place around. Replacing plastic, gutting and remodeling the office and renaming the place to show off their Valley roots.

“It was kind of an abrupt ordeal,” says Joel Martin, Mary Jane’s son. “I’ve always been working for other people, which is good and everything, but it’s always been a desire to do something for myself. For us.”

With a green-thumb wife, Bettie, and farmer mother with “an entrepreneurial spirit and deep appreciation for history and tradition,” the trio decided to buy the land and revive the greenhouses.

“Talking to my mother about me and my wife possibly buying some land and putting up some chicken houses,” Joel Martin says. “[They] decided it was the prime opportunity to run the greenhouse idea past me.”

Mary Jane says everything Bettie and Joel bring into their home grows.

“They bring in dead plants and they start to grow,” she says. “So I pitched the idea to them.”

Not much pitching was needed.

Mary Jane, who owns a chicken farm 2 miles away, Joel and Bettie bought the property in March of 2020 and opened it this past season.

With Bettie’s green-thumb, Mary Jane’s spirit and Joel’s handy-man mentality, the trio had its work cut out.

“The place was in shambles,” Joel says. “When a serious windstorm went through last summer, I was actually in New York at my grandfather’s funeral. I hopped a plane back to Weyers Cave to salvage what I could of the greenhouse.”

It’s simple, Bettie and Mary Jane are the brains.

But, already, even with some unfinished business, the work is paying off. The sign that reads Valley Roots looks brand new, swinging in the wind. The office, while old and worn on the outside, sports a fresh coat of paint inside, some shelves with local honey and other products and a beautiful mural painted on the wall by Mary Jane’s 80-year-old mother, Verna Lauver. The scene, a wooden archway surrounded by shrubs and dotted with visiting goldfinches, is something to behold.

Twenty-two years ago, Mary Jane, a native of Lancaster County, Pa., moved to the Valley with her five children for a job working as a farmhand milking cows and living in a farmhouse. So, she says, her roots are now firmly planted in the Shenandoah Valley. It’s evident by how invested she is with Joel and Bettie — and not just financially. There’s a mutual emotional investment among the three and they all celebrated that first bloom before opening last season.

During this first year it’s been open, Valley Roots sold annual and perennial flowers, vegetables, herbs and a few house plants along with its farmers market open to vendors to sell locally made and sourced items. For now, the greenhouse is only open during the prime planting season, but the trio hopes to build up to being open year-round.

“We all know a little bit about something,” Bettie Martin, a Turner Ashby grad, says. “The challenge of learning something new, having to do a bunch of maintenance and repairs. We all have full-time jobs, doing this in the evening and weekends … when I’m at the greenhouse pulling weeds out of the rock beds, I enjoy it. There’s a peace about it. It’s something of your own that you’re building from scratch while trying to be as cost conscious as possible. A lot of it is your own sweat and tears.”

And that personality of the trios is mirrored in the name — Valley Roots Garden Center, located at 8089 Greenhouse Road in Weyers Cave.

“I came up with it because, I was thinking, I felt like me, in general, and a lot of people Mary Jane and Joel know, have deep roots here the Valley,” Bettie says. “We wanted people to know that we are a family in the community with deep roots. We have, and will continue to have, deep roots in the Valley.”