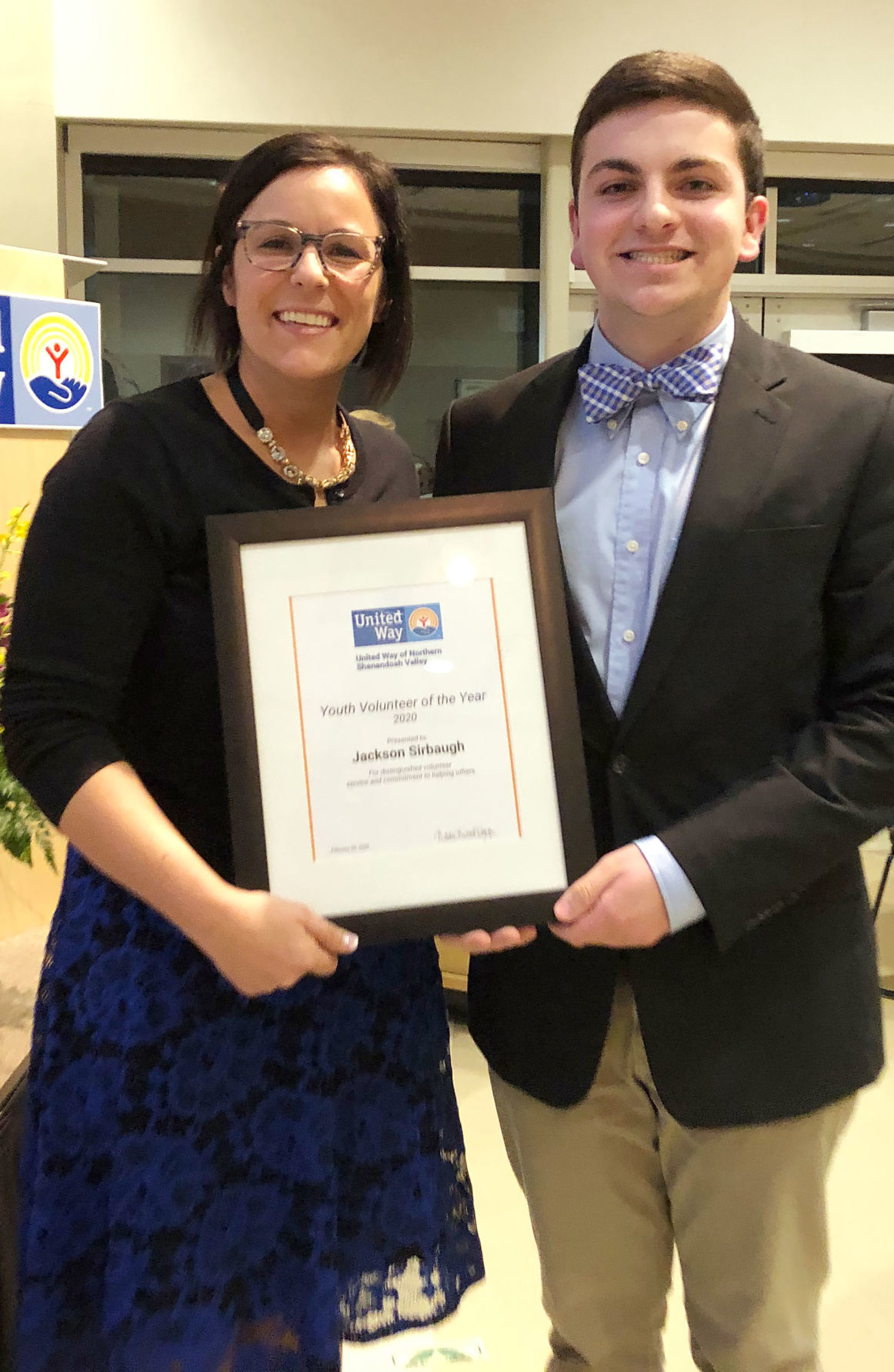 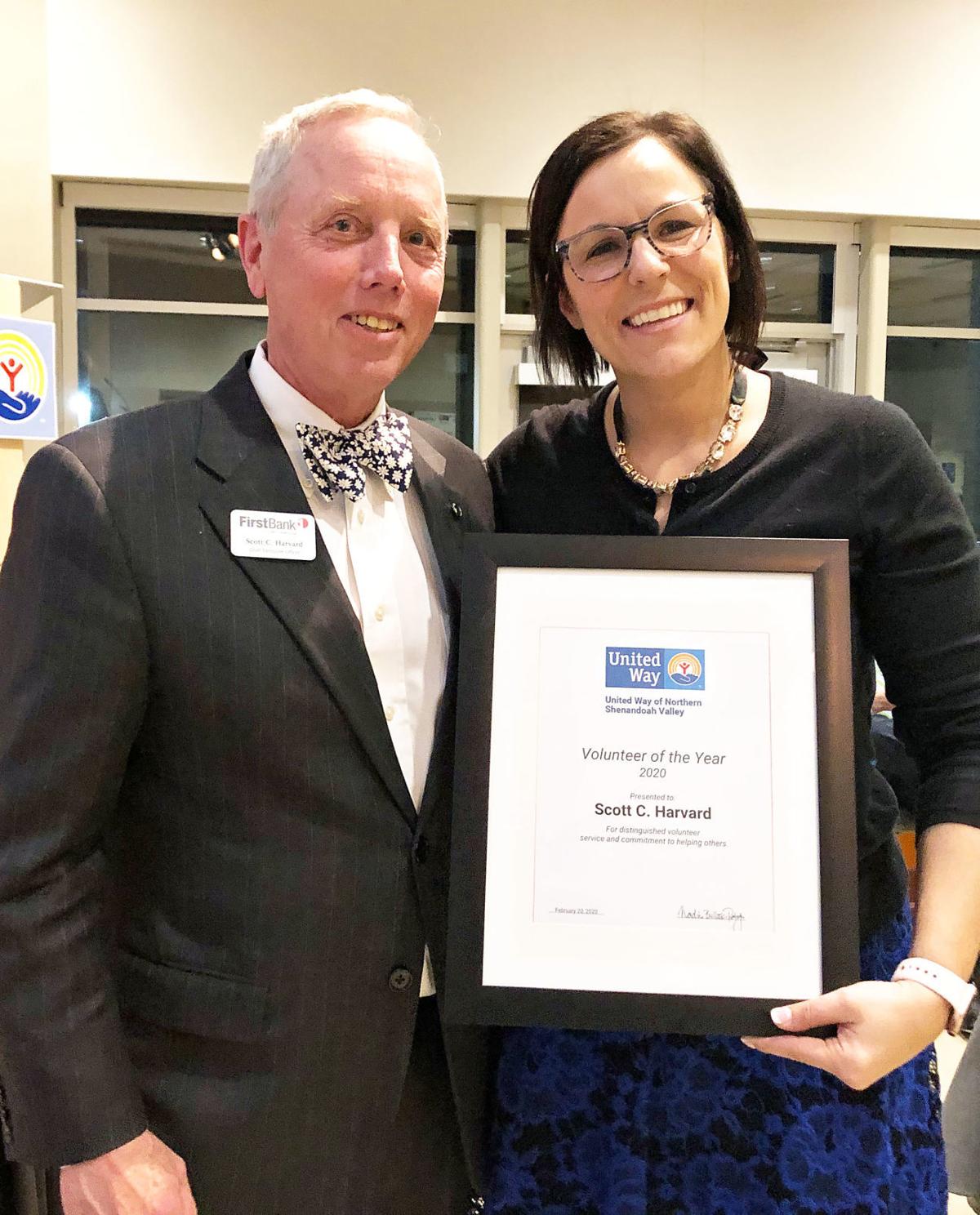 MIDDLETOWN - During his four years at John Handley High School, senior Jackson Sirbaugh likely volunteered more than most do in a lifetime.

Sribaugh, 18, has completed nearly 800 hours of community service, which led to him being named the Youth Volunteer of the Year during The United Way of Northern Shenandoah Valley’s 74th Annual Meeting on Thursday at Lord Fairfax Community College.

His father Chip Sirbaugh said his son is a passionate and unique individual who spends so much time volunteering that “he’s never home.”

Julia Kogut, the Interact Club's sponsor, said Jackson Sirbaugh's contributions have been refreshing and she lauded his leadership.

“I often will call the Interact president my right-hand man. And that’s not true with him, I am his right hand. I go to him, he knows more than I do,” she said.

Jackson Sirbaugh said he is “truly honored to receive the award” and while his schedule has been “jam-packed,” he “has loved almost every minute of it.” He noted that his experience in Interact Club has been especially impactful on his life.

“It’s been a blur of activities but what remains are the faces of those we impact...Handing dinner over at a local soup kitchen to an exhausted mom with four children...or giving free household supplies door-to-door to families on the north end of town,” he said.

Those moments, he said, “had a lasting impact on my life.”

“Service has become a part of who I am and I’m grateful for the many of hours I’ve been able to serve...I can’t wait to see how I continue my service journey in college and beyond, and always with a smile on my face,” he said.

A news release states that Harvard received the award "for his outstanding commitment and dedication to the community, philanthropic efforts, and for leading one of the highest yielding fundraising efforts in United Way's catchment area."

United Way President Nadine Pottinga stated in a news release that she cannot think of a person more deserving of the award.

“He has been a leader and advocate of our United Way for years, exceedingly dedicated and giving, always keeping us and our community a priority,” she said.

Harvard said that while he did not have “a big speech prepared,” he is “honored and humbled to be recognized.” He also encouraged the crowd to give themselves a round of applause for their contributions.

“I’d be preaching to the choir here if I talked about volunteerism and how important it is to our community...I look around this room and I think about everybody here and all the volunteers that are really the fabric of this community,” he said.

Other award recipients during the event included Matthew Laird as Rookie of the Year, Chris Holthaus as the Campaign Volunteer of the Year and Rochelle Lloyd as the Employee Campaign Coordinator of the Year.

While individuals were recognized, the United Way also gathered to celebrate the whole organization’s successful 2019, which represented the 20th consecutive year it raised over $1 million.

Chris Mitchell, the evening’s master of ceremony, said “you know it’s impressive that a community our size ever reached $1 million.”

“That’s remarkable. Clap,” he told the audience. “An area our size doesn’t do that, it certainly doesn’t do it more than once. And look what you’ve done...outstanding, just absolutely outstanding.”

Jay Rudolph, the 2019 campaign chairman, stated in a news release that “we are fortunate to live in an incredibly giving community where employers and residents are willing to do what it takes to make a difference in their neighbors’ lives.”

Wilborn Roberson, chairman of United Way’s board of directors, said “what a year it has been” and noted how the organization has upped its efforts.

“This is not your grandparents' United Way...Look at what we are poised to accomplish in 2020 and beyond...We’ve decided we’re going to be something more. We’re going to be more powerful, more impactful,” he said.