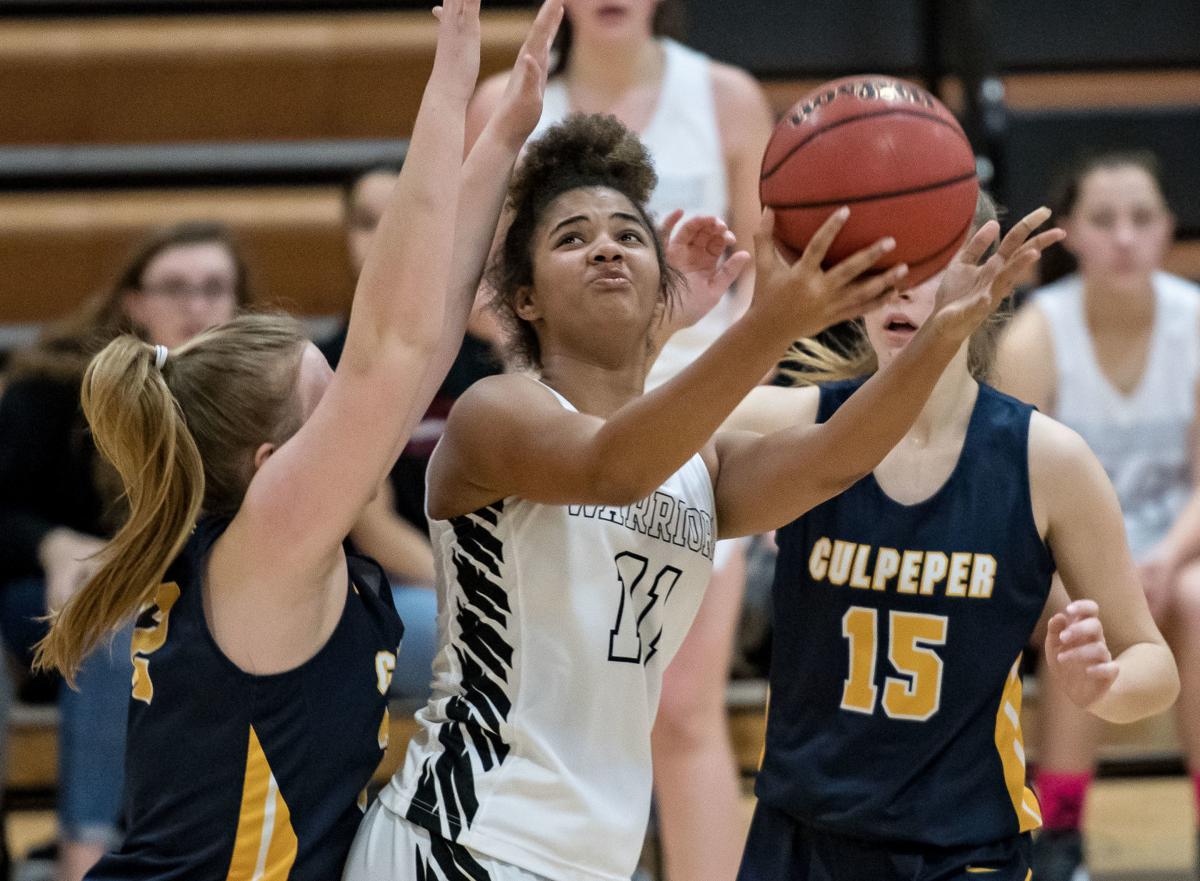 Sherando’s Jaiden Polston is fouled as she goes up for a reverse layup during the Class 4 Northwestern District tournament quarterfinals held Thursday in Stephens City. 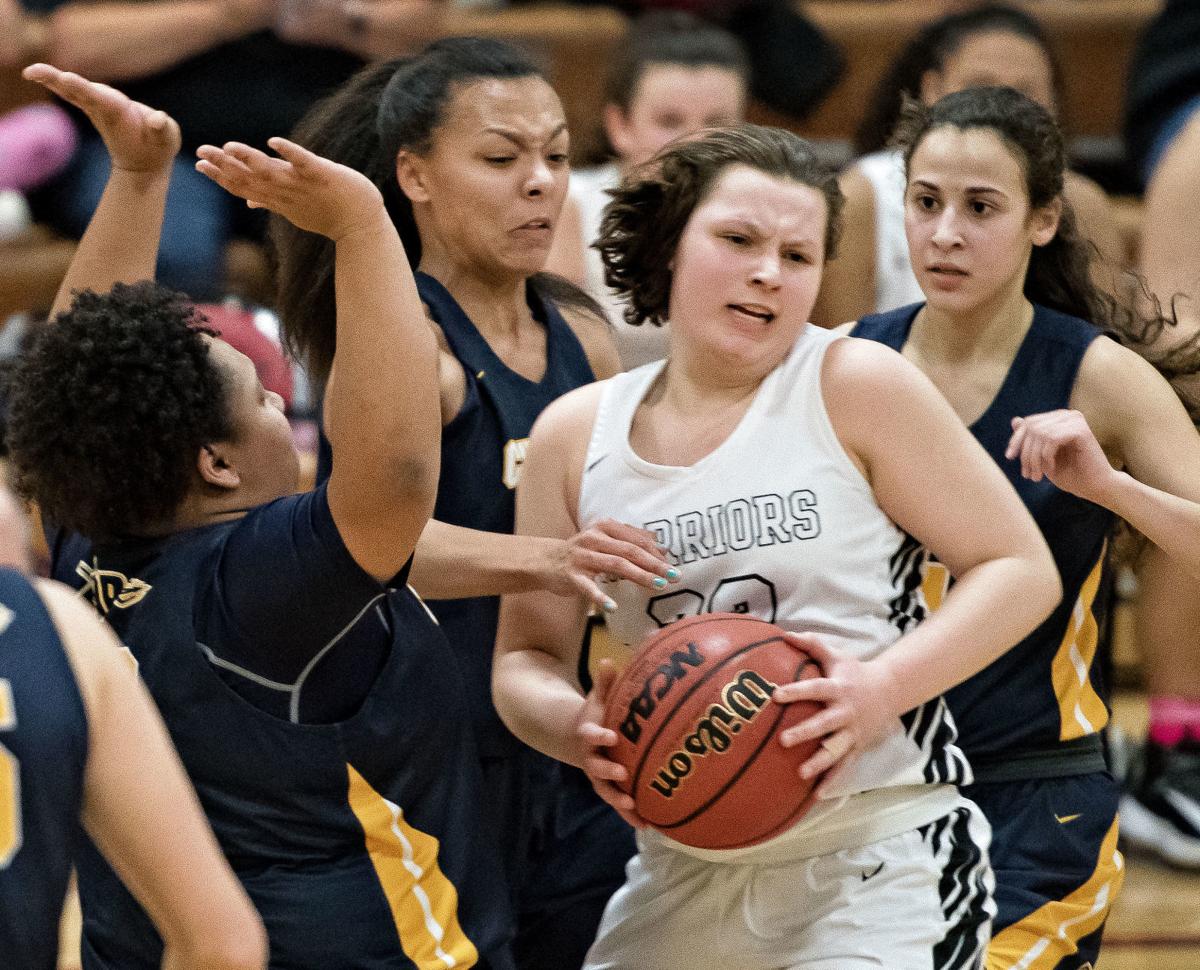 Sherando’s Grace Burke drives into a crowd of Culpeper defenders. 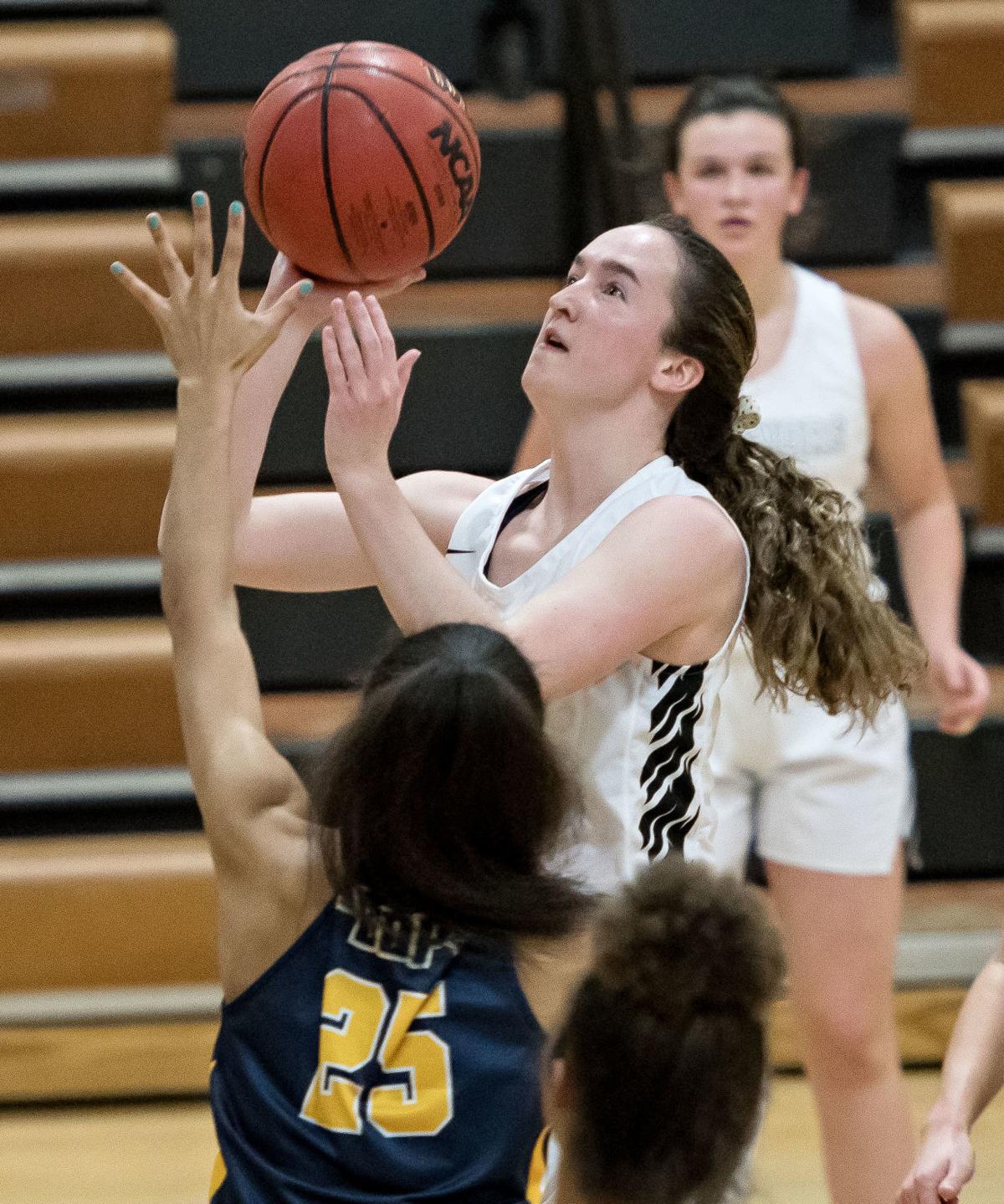 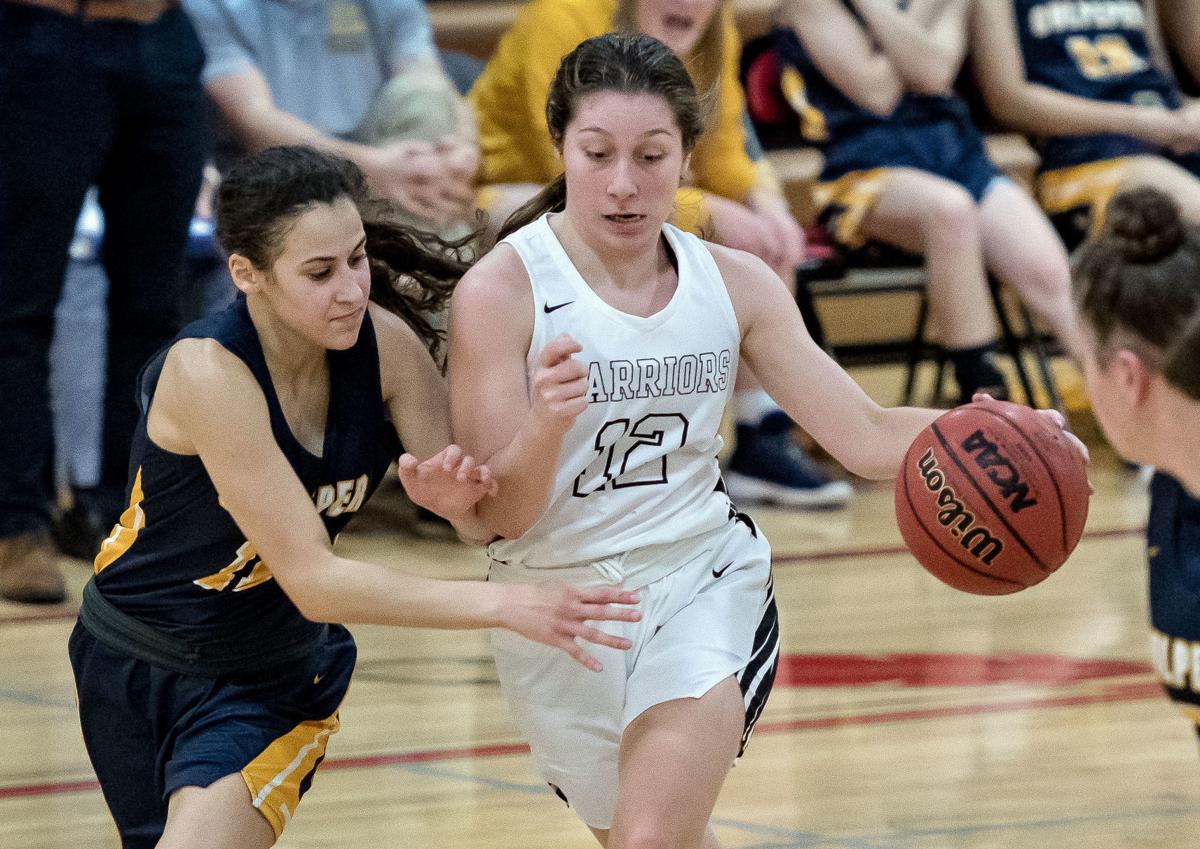 Sherando’s Bella Entsminger dribbles down the floor as Culpeper’s Sumer Dames reaches in for the ball.

Sherando’s Jaiden Polston is fouled as she goes up for a reverse layup during the Class 4 Northwestern District tournament quarterfinals held Thursday in Stephens City.

Sherando’s Grace Burke drives into a crowd of Culpeper defenders.

Sherando’s Bella Entsminger dribbles down the floor as Culpeper’s Sumer Dames reaches in for the ball.

STEPHENS CITY — Sherando got off to a strong start and didn’t look back on Thursday night.

The fourth-seeded Warriors took control early en route to a 77-48 victory over fifth-seeded Culpeper County in the Class 4 Northwestern District tournament quarterfinals. Sherando will play at top-seeded Millbrook on Tuesday in the semifinals.

“Tonight was one where the defense was clicking, the offense was clicking,” Sherando girls basketball coach Brooklyn Wilson said. “Obviously, it’s helpful when you’re making shots, which we were doing. But I told them the reason we were making shots was because they were good shots. We talked (before the game) about making good decisions on offense, taking care of the ball. So I feel like we finally did a good job of that tonight.”

The two teams split their regular-season meetings, but the Warriors made sure this one was never close. Sherando jumped out to a 13-2 lead with 1:45 left in the opening quarter. Sherando sophomore forward Ella Carlson scored 6 points in the early run. The Blue Devils cut the lead to 13-5 after the opening quarter, but Sherando quickly took back the momentum in the second quarter.

Sherando’s defense was strong throughout the game. The Blue Devils shot only 10% (1-for-10) from the field in the first quarter and 32.6% (14-for-43) in for the game. Sherando freshman Grace Burke said the Warriors were focused defensively from the start of the game.

“I think we just came in with our intensity like we needed to win this game, because obviously if you win you go on, if you lose you go home,” Burke said. “We played them before, so we knew what they were going to do and we just wanted to get a stop. So we just played as well as we possibly could.”

Burke said that she felt the Warriors’ defense helped set-up their offense and it was the best the team had played for four quarters.

“I feel like we played really well,” Burke said. “Feel like tonight was the first time we actually played all four quarters of the game both on offense and defense. It’s just like defense transitions into offense and we got into a groove.”

Burke, who made 5 3-pointers, said the hot-shooting became contagious throughout the team.

“I think we feed off of each other,” she said. “When one person starts hitting and then the defense steps up, we kick it (to another player) and they’re feeling it and hit one too.”

Wilson said she was pleased with how everybody played in the game, including the bench.

“I was so proud of our bench tonight,” Wilson said. “I just felt like everybody who came in the game was ready to go. They knew what they were doing on offense and defense. They just kind of stepped in and kept that flow going, which was really helpful.”

Culpeper County (7-16) was led by Sumer Dames with 16 points and Autumn Fairfax with 14 points.

The Warriors lost twice this season against Millbrook, but feel like they have a chance against them if they play as they did on Thursday.

“We’re excited to go over there,” Wilson said. “Obviously, they’re a good team. We’re going to see a lot of pressure. So we’ll prepare for that and hopefully give them a game like we played tonight. I told (the team) I feel like things are finally clicking and this is the time of the season to have that happen. We’ve got a couple days before that game, but we’re definitely going to try to take this momentum and this energy into that game.”