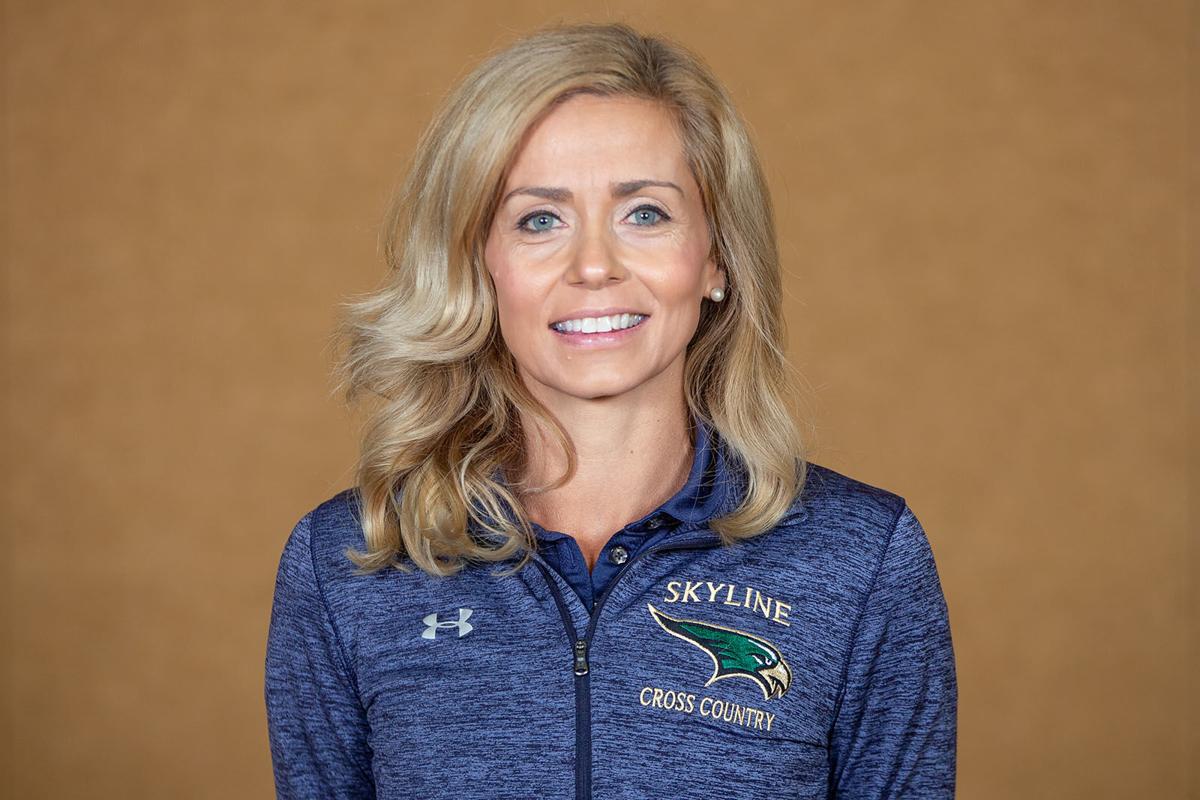 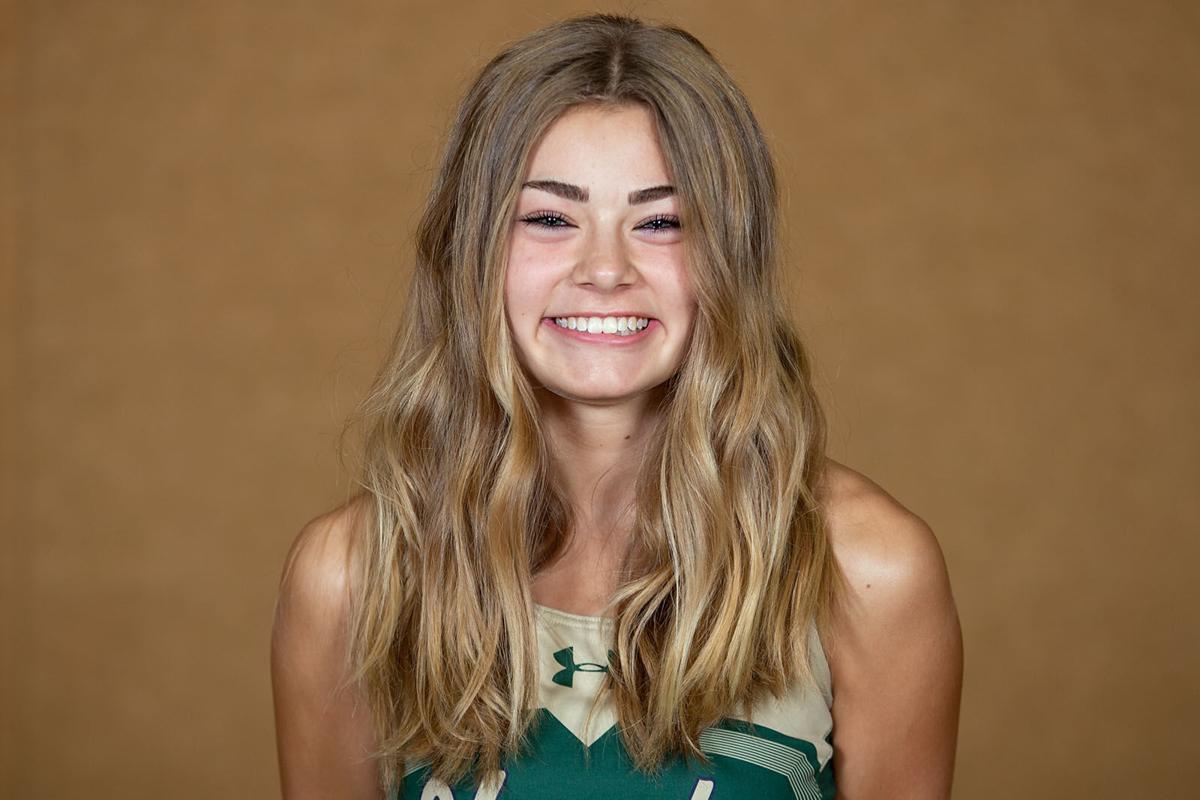 FRONT ROYAL — The prospect of a return to a full season of competition has Skyline cross country coach Misty Bordner eager to see what this fall holds in store for the Hawks.

“Things are looking really good,” Bordner, who is entering her third season at the helm of the Hawks, said last week. “The kids have been conditioning on their own pretty good this summer without me, so they came in looking strong and ready to roll, and I’m super excited to see what the season’s gonna bring.”

Because of the format of last year’s high school athletic calendar that was altered in response to the COVID-19 pandemic, the 2020-21 cross country season took place just prior to track and field season last spring, rather than in its traditional fall timeslot. And because many of Skyline’s cross country runners also opted to try track for the first time last school year, Bordner said, many of the Hawks have basically been conditioning nonstop since last spring.

The Hawks’ commitment to running has been so strong, Bordner added, that the head coach asked her runners to take two weeks off after the track and field state championships in late June to get some needed rest.

Skyline junior Ava Bordner, who shares her mother’s excitement for the upcoming season, said she’s “never been this conditioned” and noted her teammates’ willingness — on the boys and girls sides — to put in the time this summer to stay ready for the fall campaign.

“Even on vacations they’ve been sending screenshots of their running performances,” Ava Bordner said. “It’s just something we like, it’s not like a burden to do. We’re just like ‘let’s go do 8 miles, in 90-degree weather.’ It’s not easy but we still are doing it and it’s just made us so much better as a team.”

No Hawk has higher aspirations this fall than Ava Bordner, who won Class 3 Northwestern District and Region 3B championships as a sophomore last spring and narrowly missed winning a state title with a runner-up finish at the VHSL Class 3 Girls Cross Country State Championships in Roanoke.

It’s state title or bust for the junior — who said she has her sights on an undefeated season, an ambitious target — and she took up running track for the first time last spring precisely because she fell victim to a late sprint that propelled Western Albemarle’s Jenna Stutzman past Bordner for the cross country state crown in April.

“As soon as she had that sprint finish, that’s when I knew I needed to do track. I needed to get that kick,” said Ava Bordner, who won’t have to contend with Stutzman this fall after Western Albemarle bumped up to Class 4 during the VHSL’s mid-cycle adjustment that took effect this school year. “I hope I have that track finish now. I think I’ve got it. I’ve conditioned enough and I’m ready to sprint now at the end of the race, so I really hope I’ve got it.”

Ava Bordner was the lone Hawk from either the boys or the girls squads to qualify for the cross country state championships last spring, and was the only Skyline runner to place inside the top 35 at the regional competition.

Skyline’s girls, which placed sixth at the Class 3 Northwestern District championships and ninth at the Region 3B meet, return their top four runners from those two postseason meets last spring, including senior Sophie Jensen, whom Misty Bordner called a “super-solid runner;” sophomore Kaitlyn Antonelli, who is “picking up her speed,” according to her head coach; and junior Megan Arp.

“Honestly I just don’t know until we race,” Misty Bordner said of who would be the top six runners for the girls, “because right now their foundation looks really good, it’s just we’ve got to see when it’s race time who’s willing to bring it.”

With just five male runners listed on the roster, Skyline doesn’t have as many options on the boys side, though the Hawks do return four of their top six runners from last year’s postseason meets: seniors Bronson Breen and Will Smith, junior Ben Arp and sophomore Marcellis Diamond.

Breen, the Hawks’ top boys runner last year, is “ready to kill it” on the cross country course this fall, Misty Bordner said, and the head coach added that Arp and Smith have also looked strong so far while freshman Louden Shucker has shown promise.

Misty Bordner, who noted that she’s excited to have added assistant coach Mike Mellish to her staff, said she’s looking forward to having the opportunity to pit her squads against tougher competition in the large regular-season meets that were non-existent in last spring’s condensed schedules.

“That is what makes everyone better,” said Misty Bordner, whose teams open their season at the 19-team Central Invitational on Aug. 28. “You can compete against the same people over and over and over again and have the same results almost, but when you go up against Loudoun Valley and the big boys then it’s a different story. It’s fun to watch and it pushes them past their normal limits, which I like.”