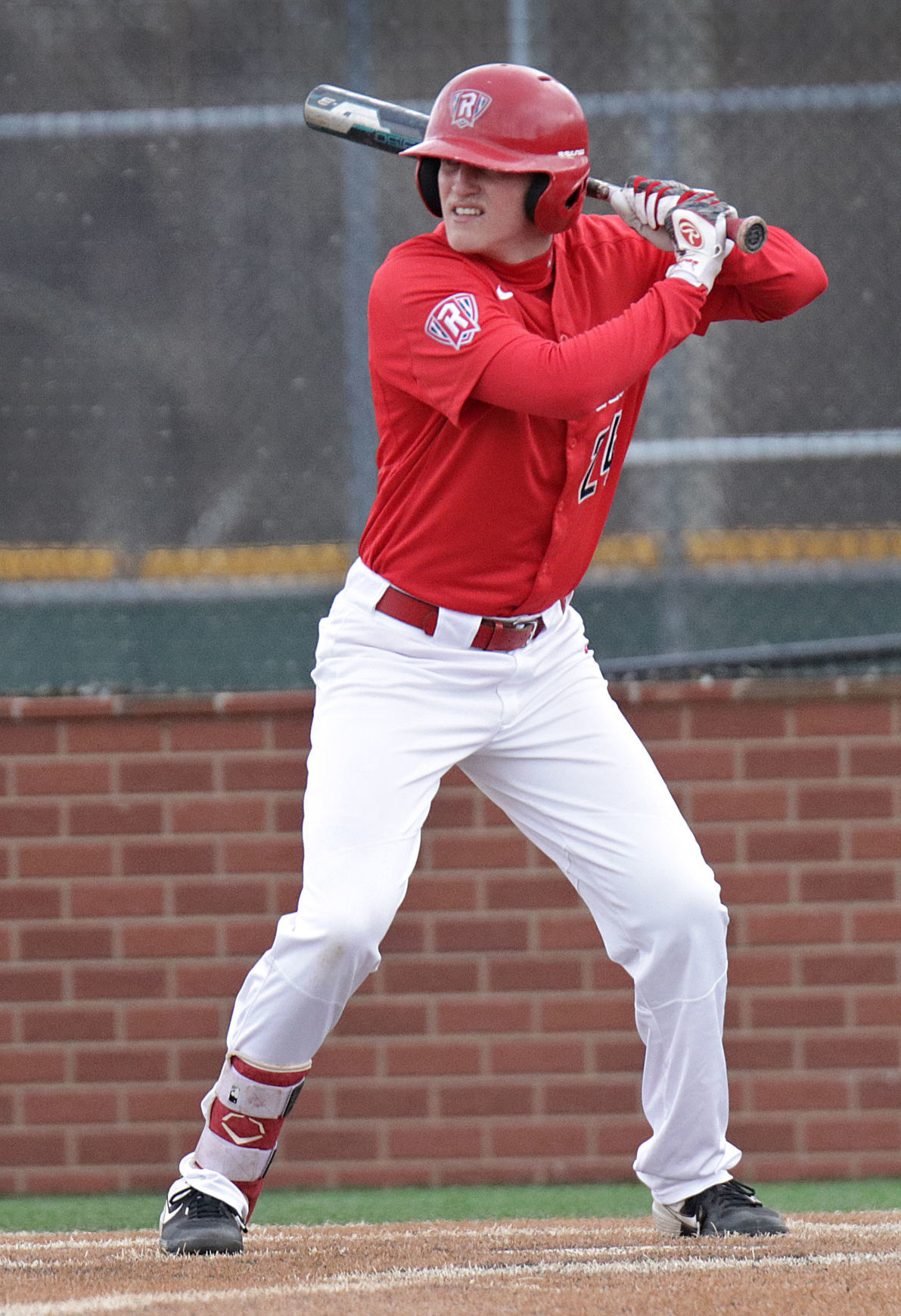 Sherando graduate Adam Whitacre’s season and career came to an abrupt end due to the Big South’s cancellation of the spring sports season. The Radford University redshirt senior had only played in four games this year after coming back from an ACL tear. 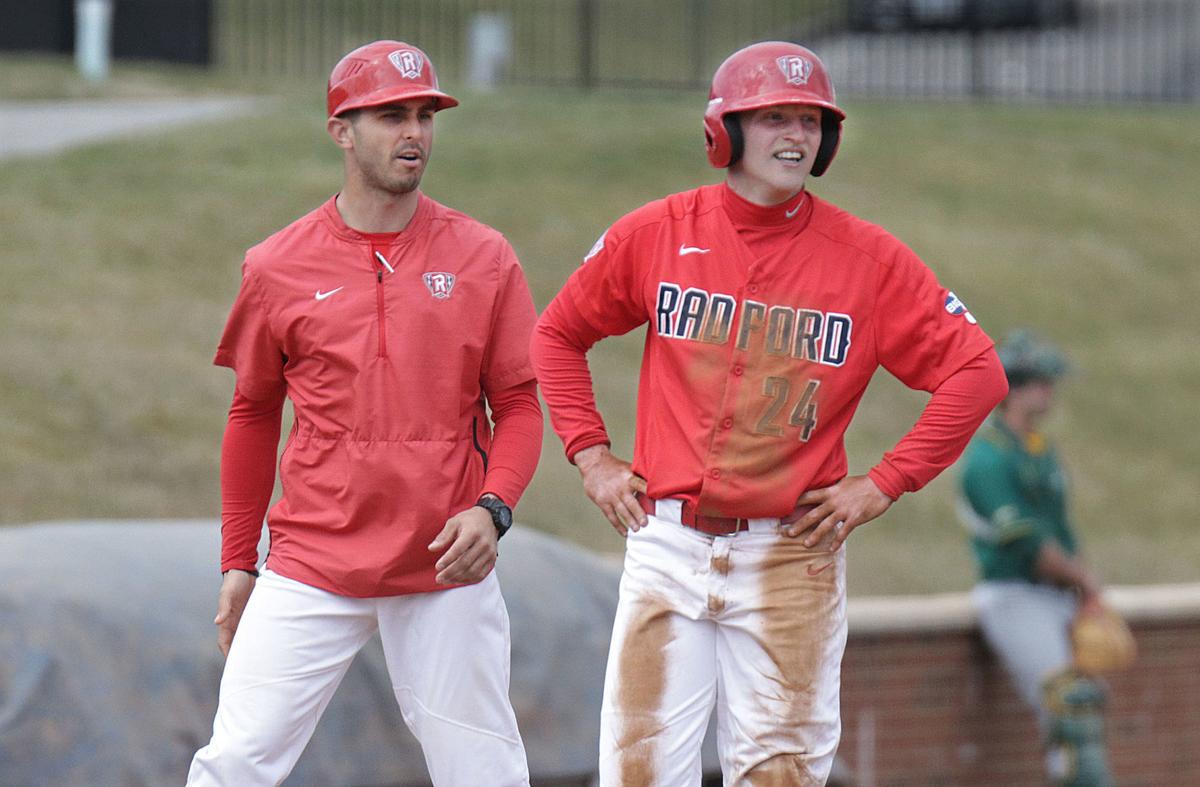 Radford University redshirt senior outfielder Adam Whitacre stands on base during a game this season. The 2015 Sherando graduate had his career cut short after the Big South canceled the spring season due to the COVID-19 pandemic.

Sherando graduate Adam Whitacre’s season and career came to an abrupt end due to the Big South’s cancellation of the spring sports season. The Radford University redshirt senior had only played in four games this year after coming back from an ACL tear.

Radford University redshirt senior outfielder Adam Whitacre stands on base during a game this season. The 2015 Sherando graduate had his career cut short after the Big South canceled the spring season due to the COVID-19 pandemic.

The 2015 Sherando graduate suffered a torn anterior cruciate ligament last summer playing for the Valley Baseball League’s Winchester Royals. Whitacre, a redshirt senior at Radford University, had a decision to make at that point.

“It was tough,” Whitacre said. “Just because I was going into my fifth year, and I didn’t know if I wanted to redshirt right then, or if I just wanted to go through with it and just try to play as long as I could. Like try to make it back as quick as I could to play this year. And that’s what I decided to do.”

After rehabbing and working hard to get back on the field, Whitacre’s career came to an end due to the COVID-19 pandemic. The season was canceled on March 18 when the Big South Conference announced the cancellation of spring sports.

Whitacre wasn’t able to return from injury until right before the season was shut down. He played in four games, making three starts. Whitacre was batting .400 (2-for-5) with a run scored and two walks.

“It was tough, I guess, but I was still coming back from the ACL injury,” Whitacre said. “So I only had four or five at-bats. So it wasn’t as impactful to me as it was to seniors that were playing the whole season already. Some of them that had started off really well, a couple of them possibly had a chance to get drafted or something. So I feel sorry for those guys.”

The NCAA announced last week that seniors could get an extra year of eligibility since the season was wiped out. However, Whitacre said that he didn’t think he was going to take it since he had already had one redshirt year.

“I don’t know if I want to come back and be 24 years old in college trying to play baseball still,” he said. “So I think I’m just going to move on and try to find a job and start making some money.”

Whitacre said that he is still at Radford and is finishing his internship at a physical therapy center.

His career was filled with highs and lows. In his freshman season, the outfielder appeared in 43 games and started 23 of them. His first career at-bat was a pinch-hit two-run single.

His sophomore season he started all 51 games. Whitacre was fourth on the team with a .268 batting average. He scored 32 runs, had 20 RBIs with two triples, three homers and five doubles. Whitacre reached base 30 times in 90 opportunities as lead-off batter and at one point had a 20-game on-base streak. He had a career day in an NCAA regional opener against the University of Louisville. He went 2-for-3 with a grand slam, a two-run triple and six RBIs.

Whitacre suffered a torn labrum in his third season with the Highlanders and had to redshirt. He played in 17 games before being shut down with the shoulder injury. Last year, Whitacre played in 48 games for the Highlanders, including 41 starts. He had a .261 batting average with six doubles, six homers and 25 RBIs. He also stole 11 bases on 14 attempts.

“In the past two and a half years, I’ve had two surgeries,” he said. “So that was definitely pretty impactful and I think definitely changed my baseball career. But other than that my time at Radford was great. I enjoyed all the times that I had with all of the friends I made here and just getting to play the game and everything. It was fun.”

Whitacre said that he enjoyed being able to play at the Division I level.

“I definitely learned a lot about the game that you don’t learn about in high school,” Whitacre said. “You get to doing things that you see people doing in the majors. So that was pretty neat – just to be able to get to that level and experience those things.”

Whitacre said the highlight of his college career was being part of the team that won the Big South Conference crown in 2017.

“That was one of the best feelings that I’ve had here with all those guys and that dogpile (celebration) and playing in a regional,” he said. “That was pretty fun.”