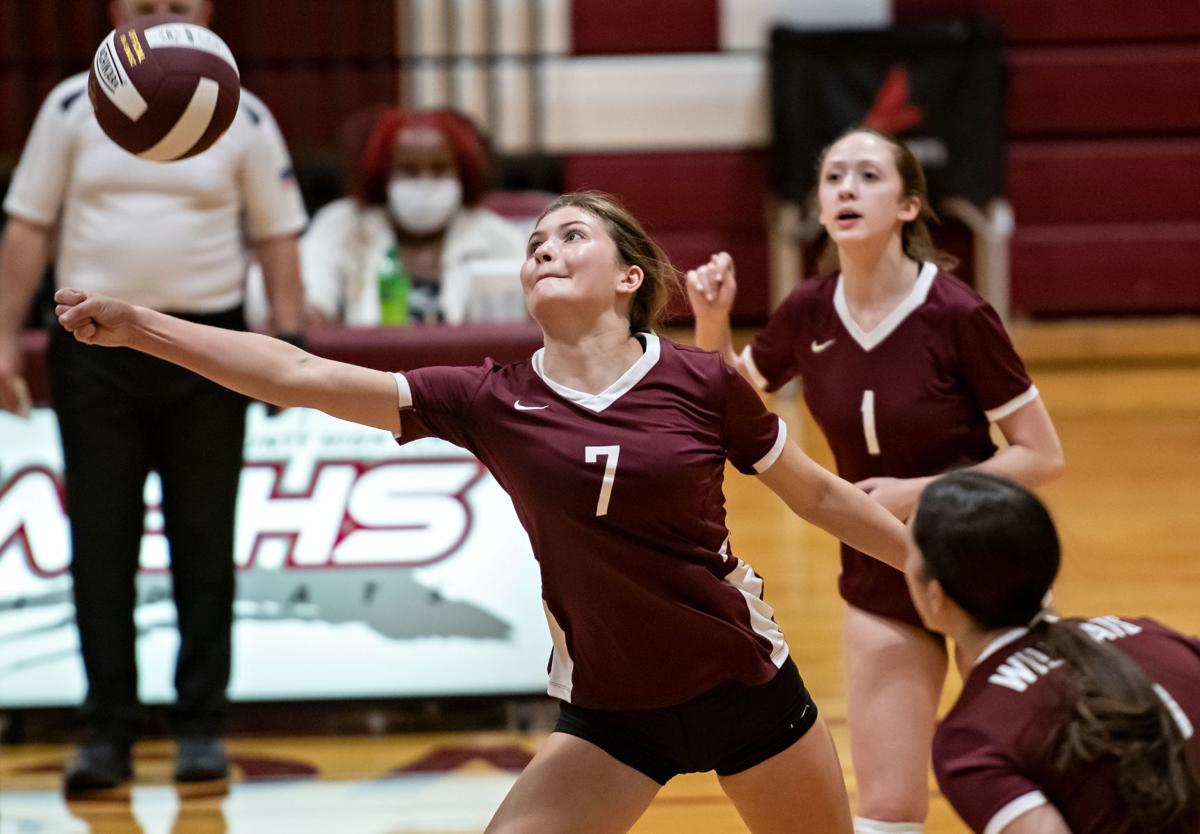 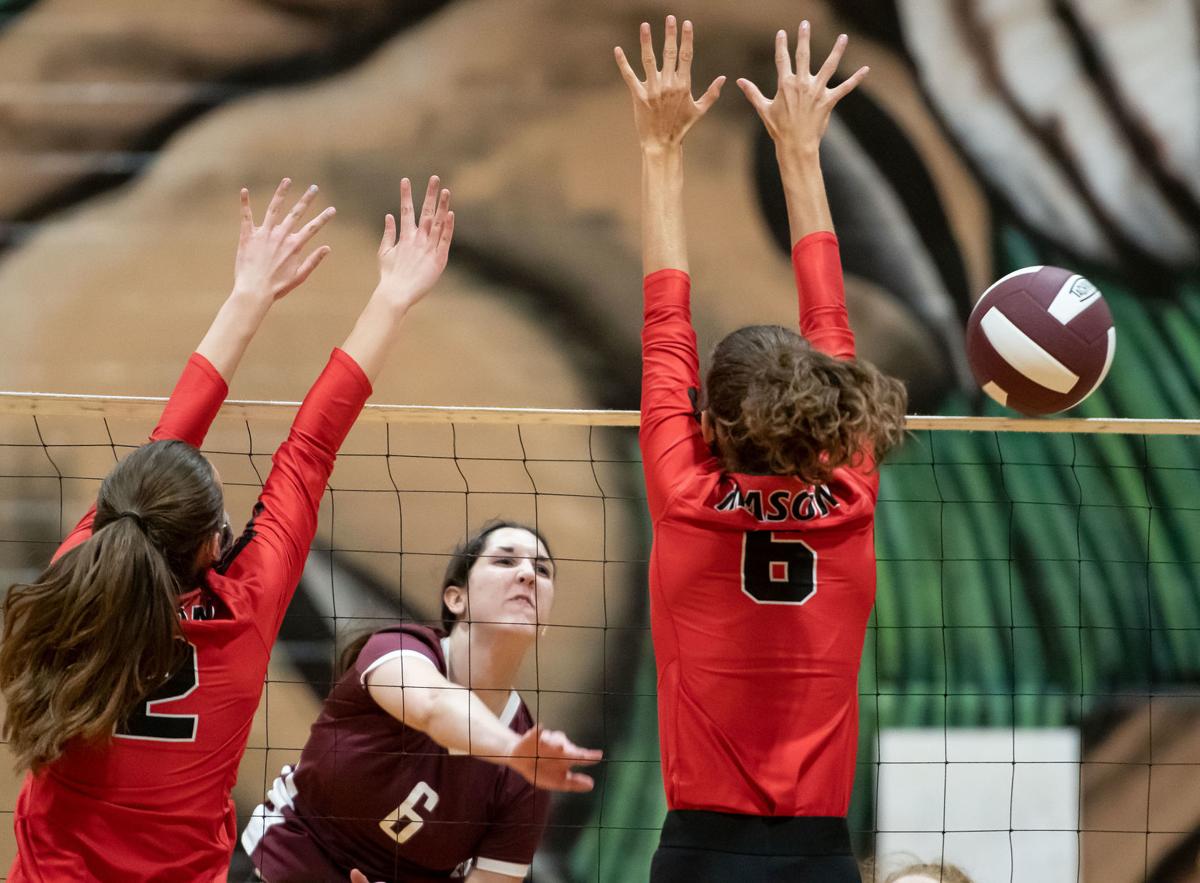 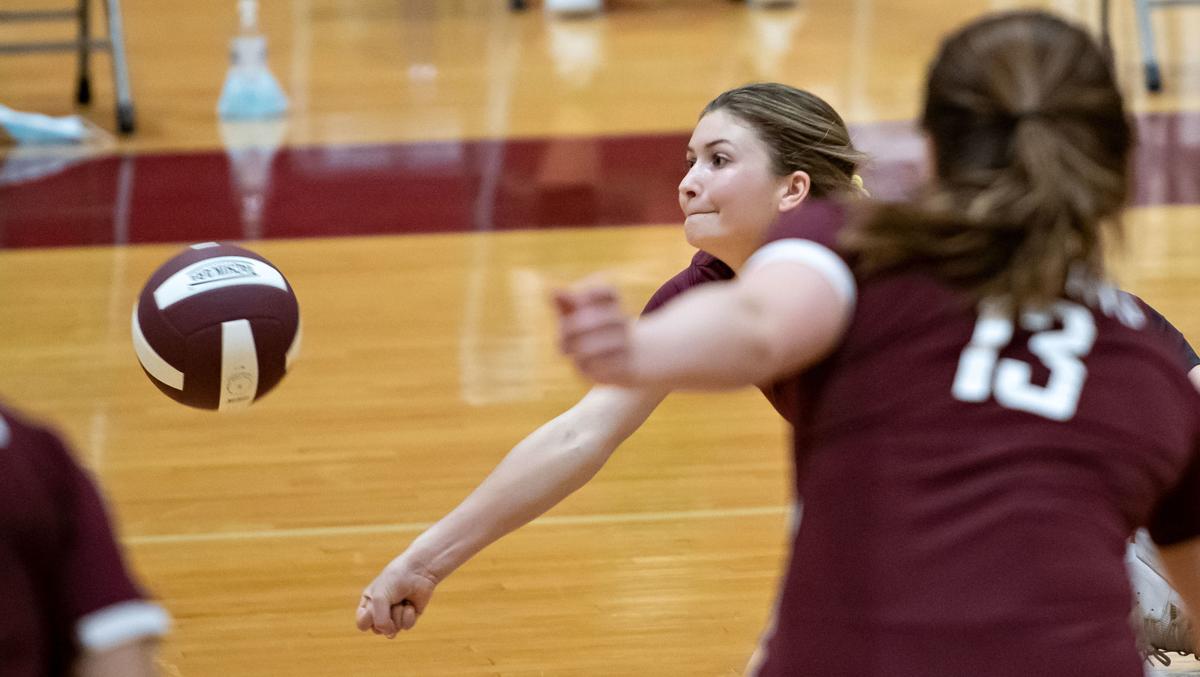 Warren County’s Sara Waller goes horizontal as she digs the ball before hitting the floor. 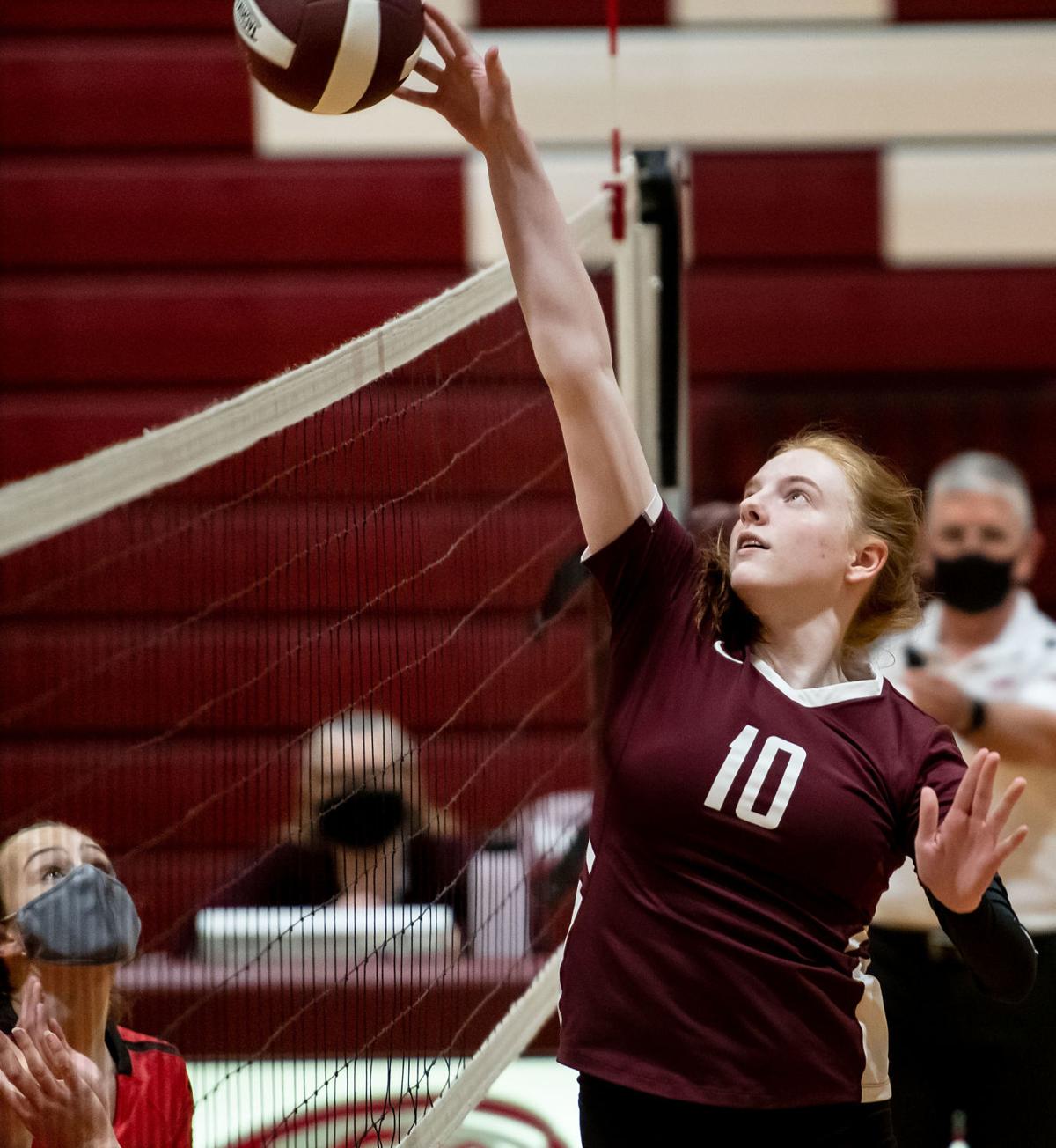 Warren County’s Morgan Ellinger goes up high as she dinks a shot over the net. 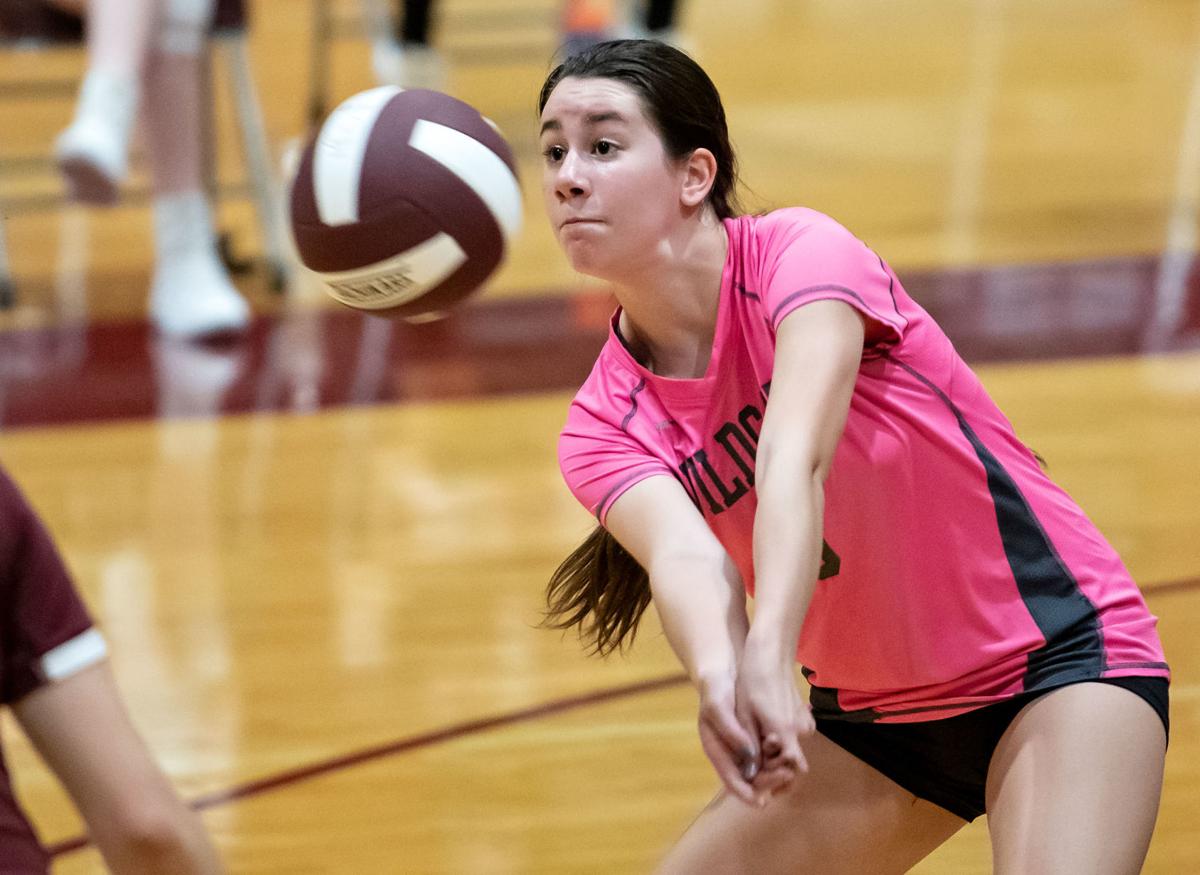 Warren County’s Natalya Carter concentrates as she bumps the ball. 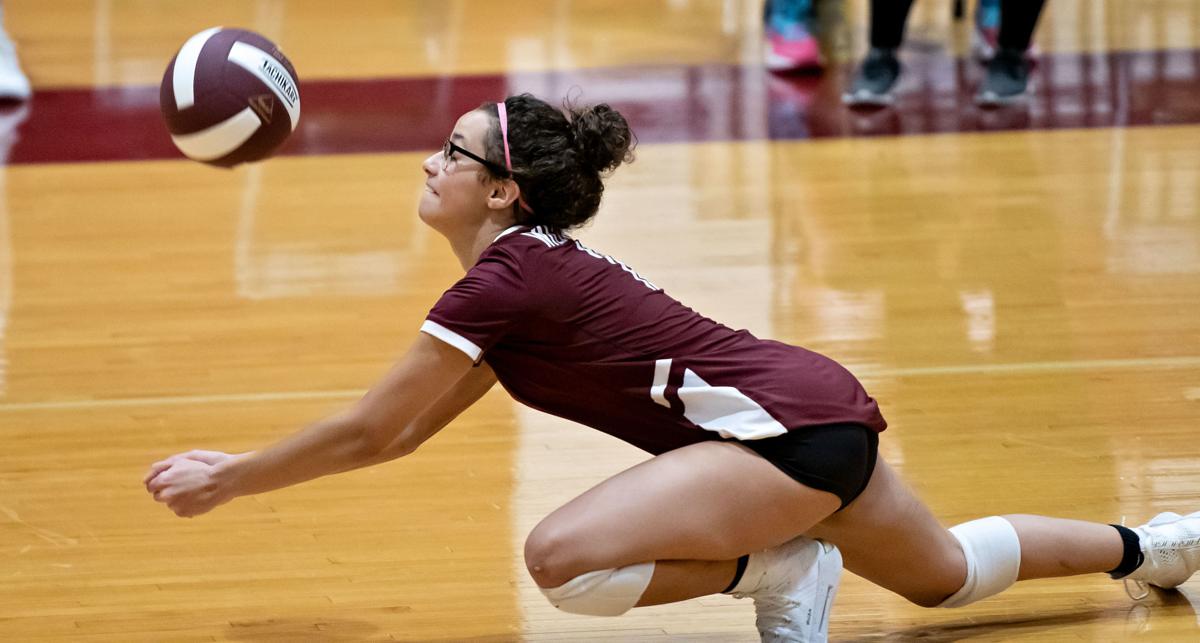 Warren County’s Atori Lane gets low to bump the ball. 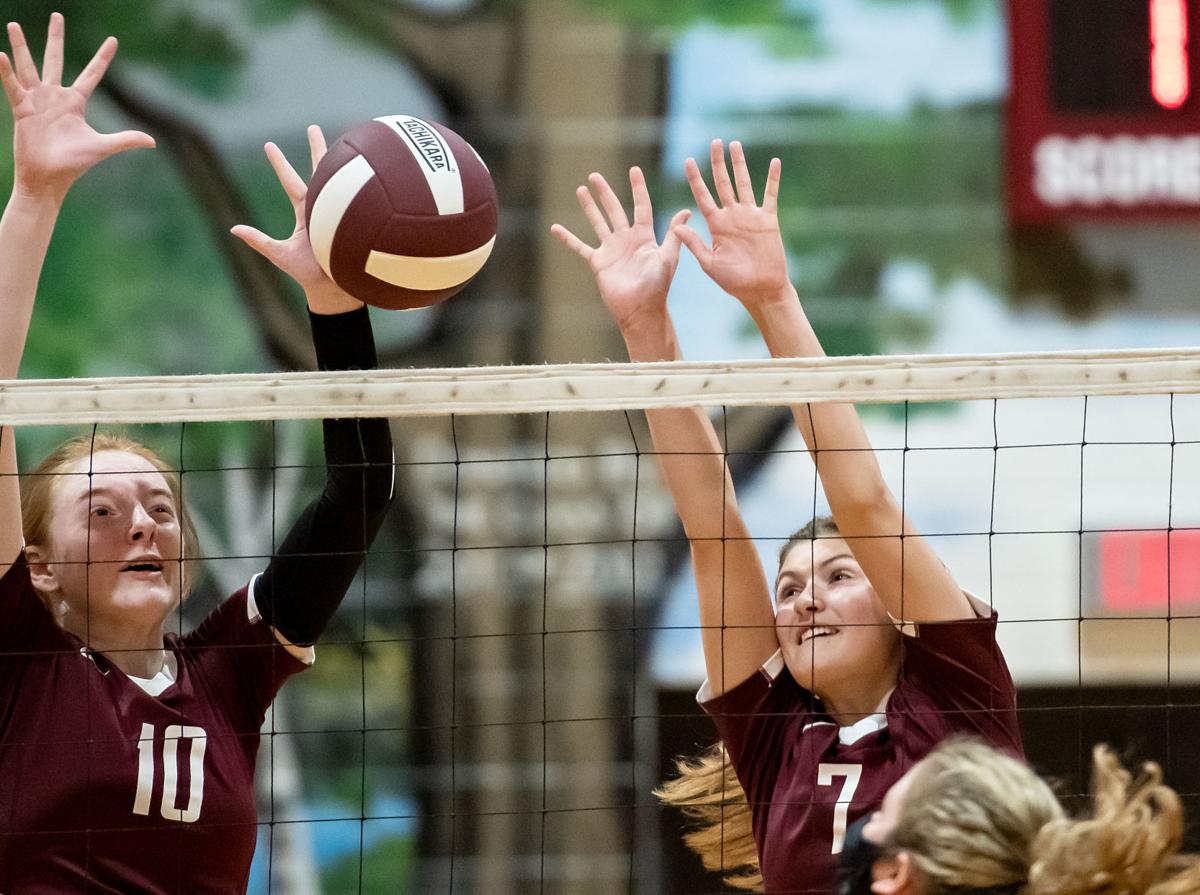 Warren County’s Sara Waller goes horizontal as she digs the ball before hitting the floor.

Warren County’s Morgan Ellinger goes up high as she dinks a shot over the net.

Warren County’s Natalya Carter concentrates as she bumps the ball.

Warren County’s Atori Lane gets low to bump the ball.

It wasn’t a win. It wasn’t an upset. It really wasn’t even a surprising result.

But Warren County’s loss to George Mason at home on Tuesday did show the Wildcats can compete with any team in the district.

The first time the two teams met, Warren County was missing a few players, the Wildcats were on the road, and Coach Lesley Detweiler admitted they were probably a little intimidated. The Wildcats lost that contest in straight sets.

“I wasn’t here the last time we played them, so I really wanted to win a set, at least,” Junior Morgan Ellinger said. “I feel like it hyped us up, too.”

The Wildcats looked hungry and hyped from the start and although they weren’t able to beat George Mason, this time they did flip the script: taking one set from the undefeated Mustangs at home and battling for most of the match before falling 25-19, 21-25, 25-18, 25-8.

“I’m really glad that we came out strong and played hard and played our game,” Coach Detweiler said. “Minus some inconsistencies, obviously we showed that we can play with the top teams in the district.”

The moment the Wildcats showed that most clearly was in the second set, when they jumped out to an early 16-6 lead thanks to an ace from Natalya Carter, who also led the Wildcats with six digs in the match. The Mustangs, however, stormed back late in the set thanks in part to a mentality instilled in them by Coach Derek Baxter.

“No matter if you’re winning 21-1 or if you’re losing 10-24 you got to play,” Baxter explained. “We almost took it from them in the second set. We fought back and we almost had it.”

Baxter said he usually focuses on how his girls respond to slumps, rather than why they happen and added he was pleased with how they were able to overcome a slow start against the Wildcats.

“Welcome to sports. Welcome to life. How do you work through it? How do you address it is a key aspect that we try to work on,” he said.

And although the Mustangs were able to work through losing the second set, they were unable to complete the comeback to win in straight sets. George Mason ended up tying the set at 21-21, but two straight kills by Ellinger put Warren County back in control, allowing the Wildcats to take the set 25-21. Both of Ellinger’s kills came from simple flicks of her right hand, finding an open spot on the court.

“I just remember seeing that there was an open spot and I just took it,” Ellinger explained.

While it was a simple enough play for Ellinger, it did more than just swing the momentum briefly in the Wildcats’ favor. The back-to-back kills showed Coach Detweiler that her girls are improving on the things they’re working on everyday in practice.

“We’ve really been preaching, seeing the court and knowing the situation. We’ve been working on a lot of anticipating instead of reacting,” said Detweiler. “You have to expect the ball to come to you and know what you’re going to do every single time.”

Detweiler says she feels like that’s what Ellinger did on those two key plays, two of her seven kills in the game. The only Wildcat with more was Sarah Waller, who finished the game with 10 kills as well as seven assists. Waller split setting duties with Lexie Pitsenbarger, but the sophomore still found a way to be Warren County’s offensive leader.

“Sara is one of the few players who plays all six positions all the way around the court. She really doesn’t come off of the court and it’s because she hustles, puts 100% effort in all of the time,” Detweiler explained. “It is a lot to ask of a 10th grader, but she takes on that role very well. She’s very competitive. She’s a leader. She cheers on her players, she stays upbeat.”

Waller’s role as a leader was obvious. After the game she struggled to talk about her individual performance, but was eager to talk about what her team accomplished and feels taking one set from George Mason is a moment the team can build off of as they prepare to compete in the postseason region tournament.

“This was a good team, but honestly I knew we could do it,” Waller said when asked about how important it was to win a set. “I wish we could’ve won more, but it really helped our confidence level and showed us we can do it, we can beat these harder teams.”