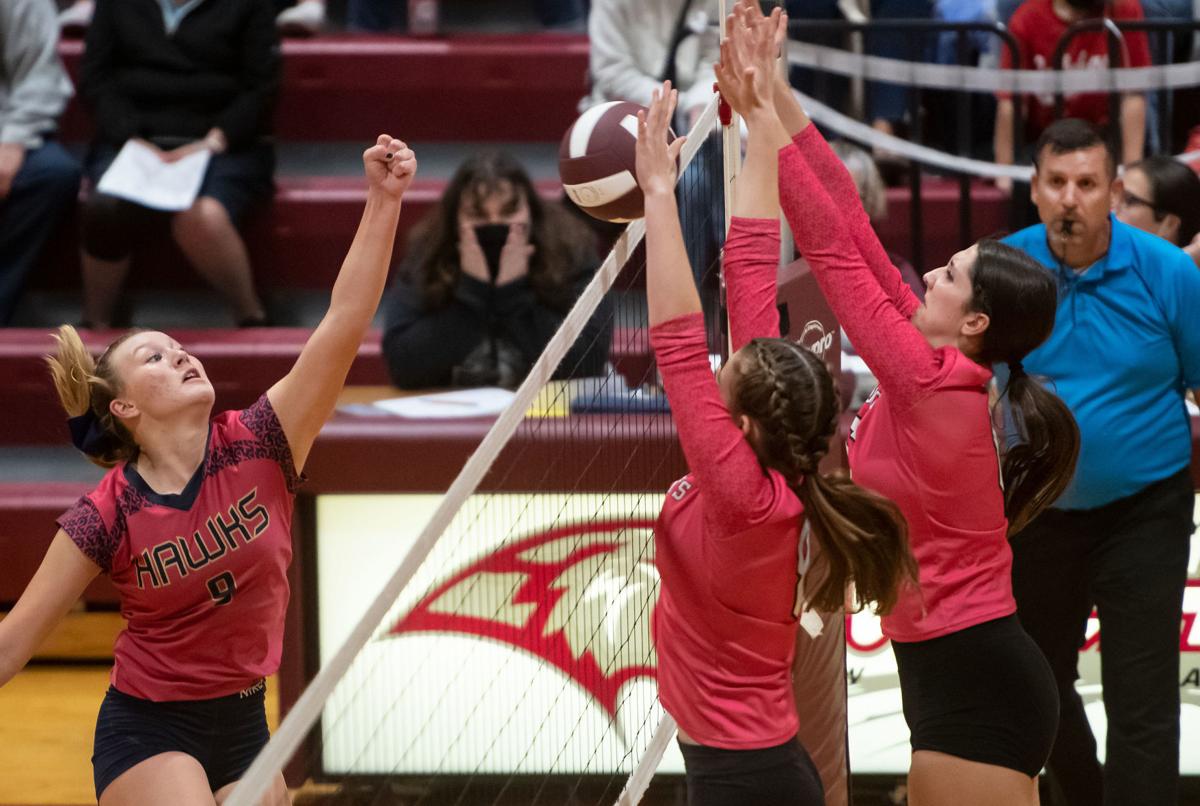 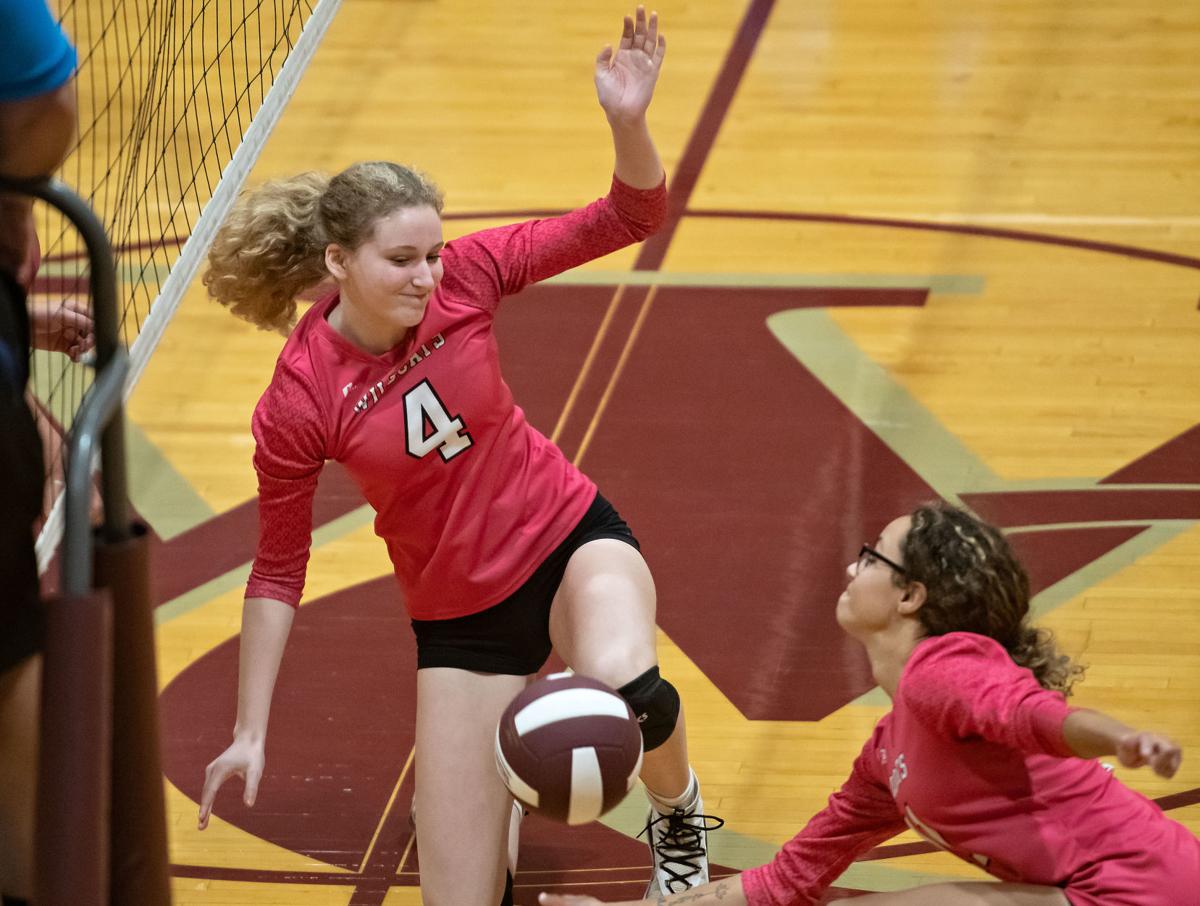 Warren County’s Abigail Dickerson, left, tries to step out of the way as teammate Atori Lane, right, attempts a dig. 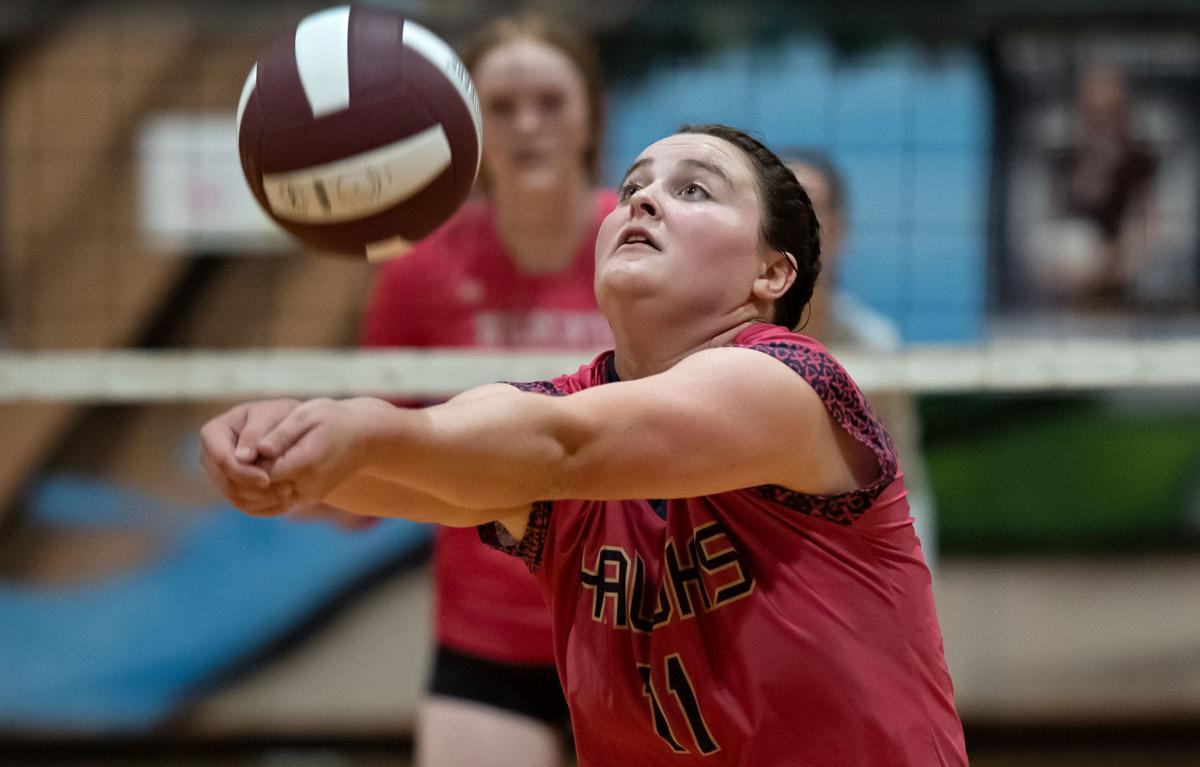 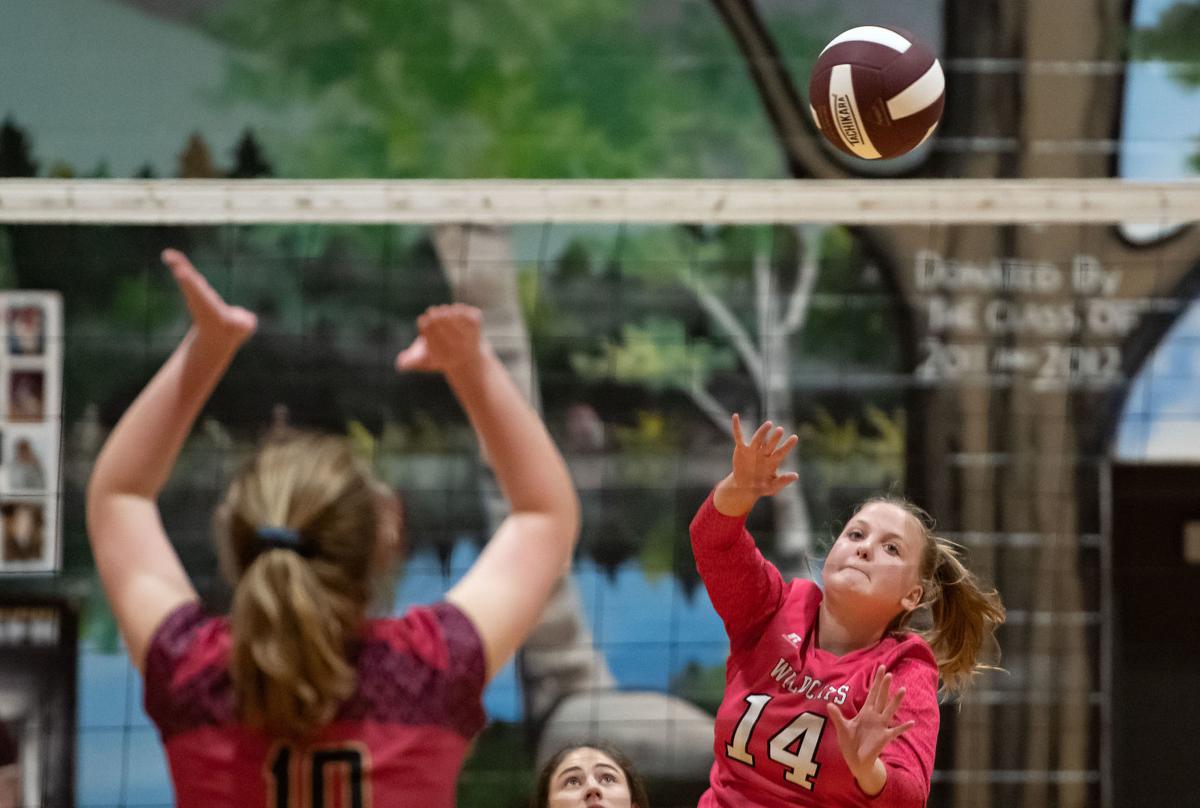 Warren County’s Laurel Brade follows through with a kill. 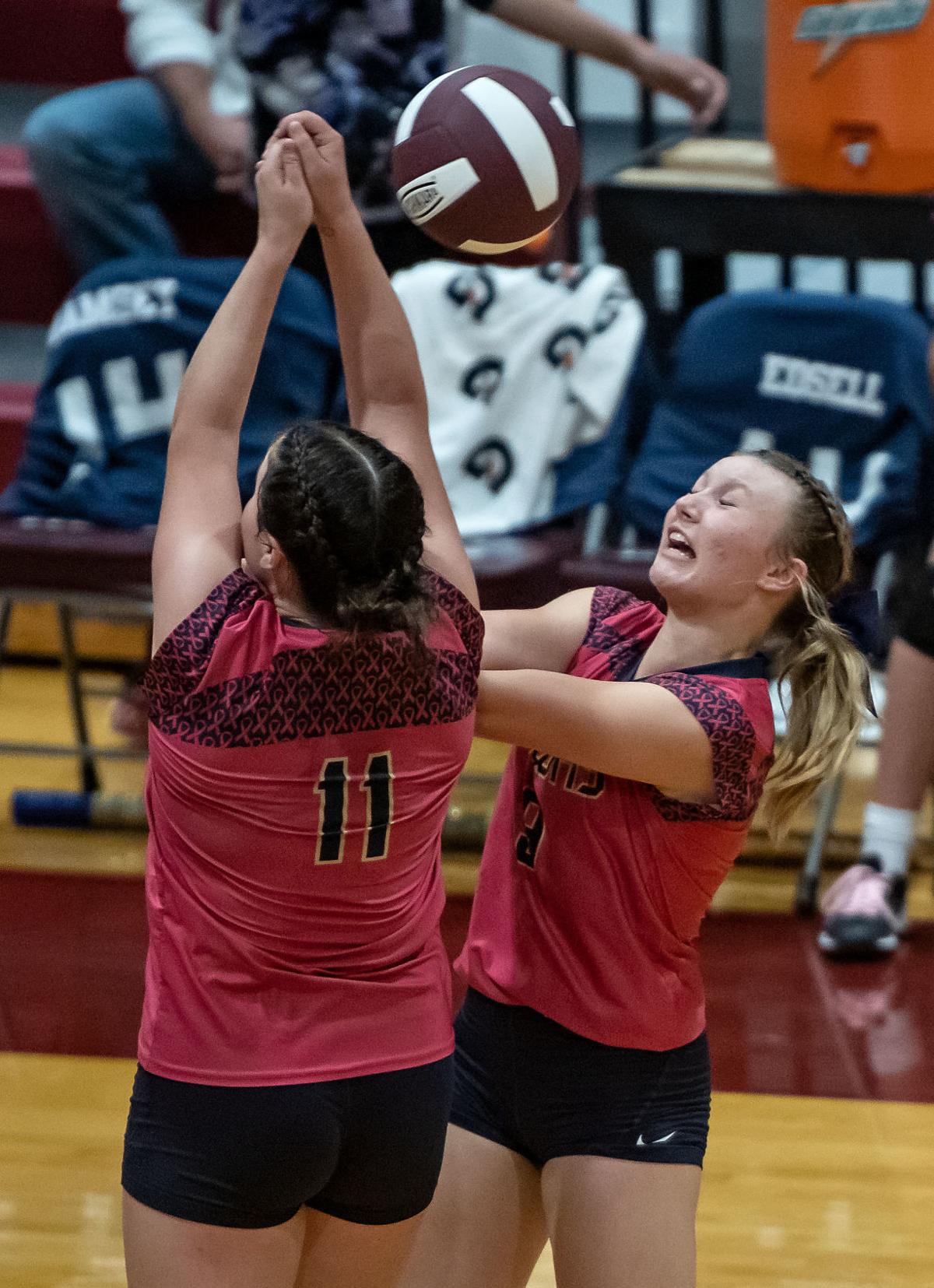 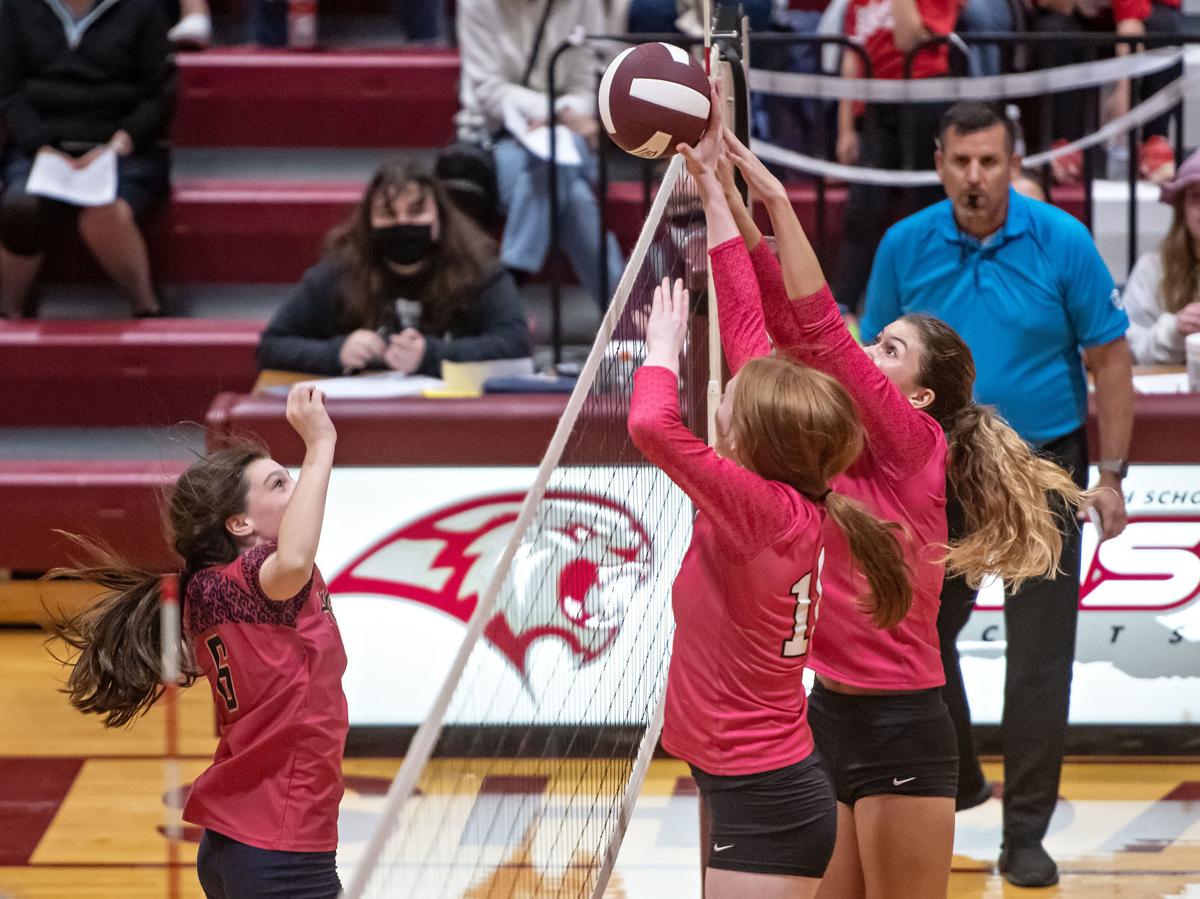 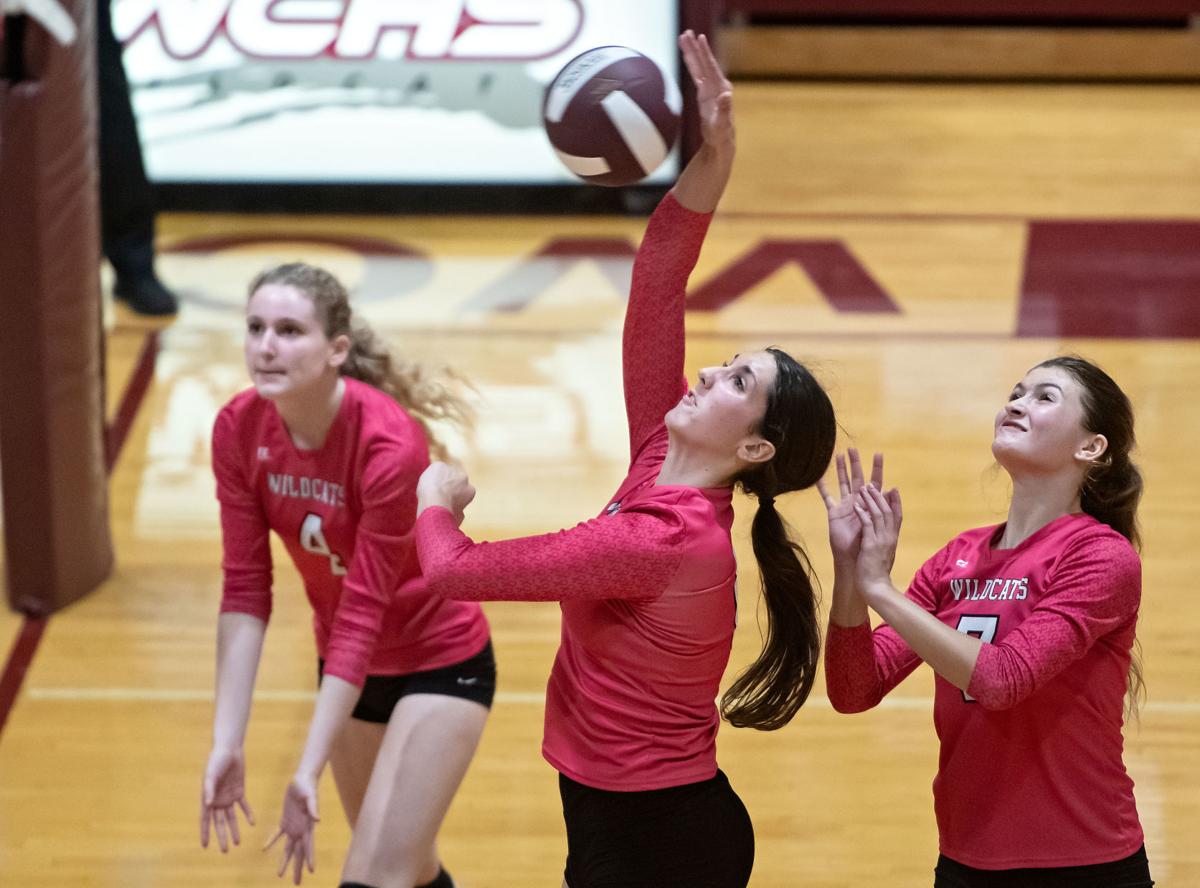 Warren County’s Sydney Nalls goes up for a kill while teammates Abigail Dickerson, left, and Sara Waller, right, look on. 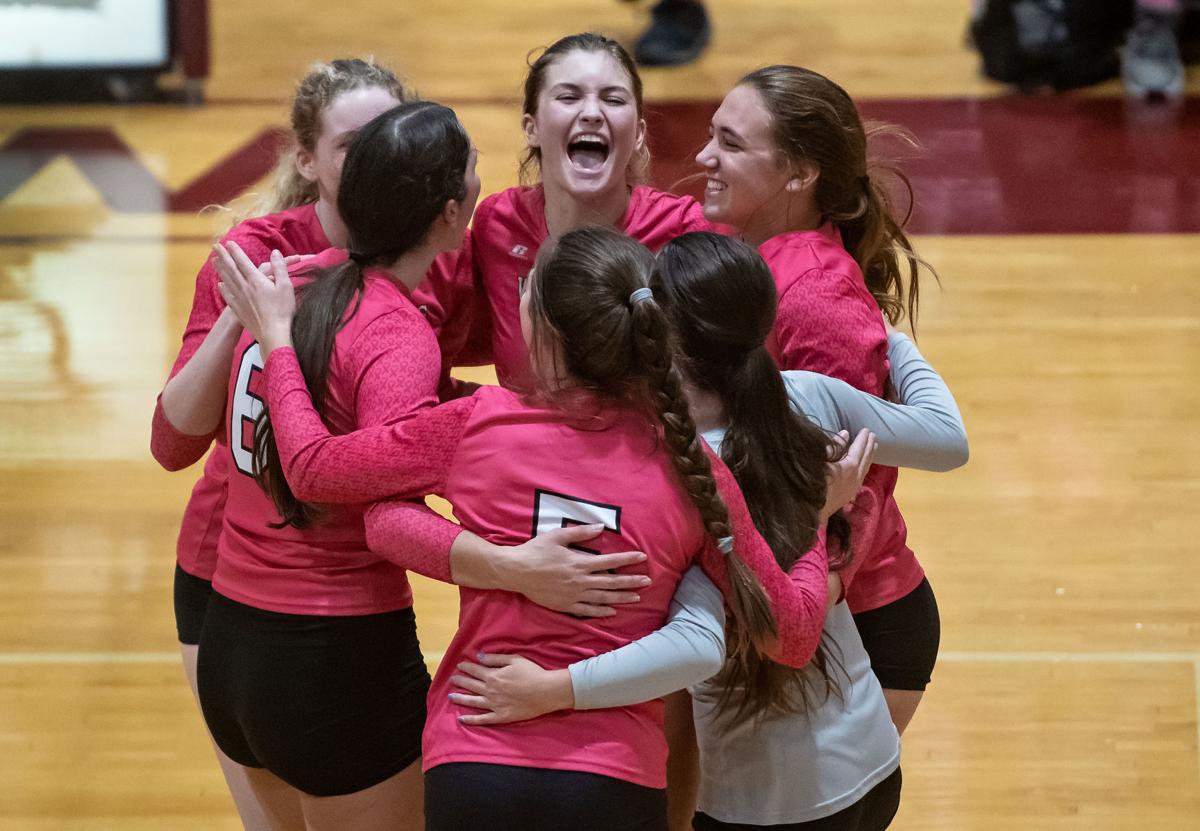 Warren County’s Abigail Dickerson, left, tries to step out of the way as teammate Atori Lane, right, attempts a dig.

Warren County’s Laurel Brade follows through with a kill.

Warren County’s Sydney Nalls goes up for a kill while teammates Abigail Dickerson, left, and Sara Waller, right, look on.

FRONT ROYAL – Warren County and Skyline were in a battle for first place Thursday night in front of an electric crowd.

"I think we did really well," Warren County senior Sydney Nalls said. "The pace of the game was up really high. I think we definitely played to our standard. And having to play against Skyline there's always high energy, always high competition. And the crowds get really loud and it's just a lot of fun."

Both student sections were chanting back and forth throughout the match.

In the first set, the Wildcats took early leads of 8-3 and 15-6. However, Skyline rallied to get back in it.

A kill by Skyline freshman Kylie Appleton eventually tied the set at 19-19, but the Wildcats used a 5-1 run to retake control of the set.

"I think we had a really solid performance tonight," Warren County coach Lesley Detweiler said. "And I was really glad to see that. Sometimes emotions can run high when you're playing your cross-town rival, which is good and I think it's good to keep that rivalry up. But to be able to come in and control those emotions and control the game was great."

The second was close throughout, but Warren County used an 8-2 run to close it out. Warren County senior Morgan Ellinger and junior Sara Waller had a kill and a block each and freshman Ava Dickerson had a kill during the final stretch.

Warren County (11-4, 4-1 Class 3 Northwestern) took control of the third set with a 12-6 run that gave the Wildcats a 22-12 advantage. Nalls closed things out with two kills in the final 3 points to seal the match.

Each team entered the game with only one district loss and Nalls said that made it even more special.

"Given their record, I think that just makes this win that much better, especially since it's our senior night," Nalls said. "And this is probably our last home game against Skyline – so it means a lot."

Detweiler said the three seniors – Abigail Dickerson, Ellinger and Nalls – have been a special group.

"I've had all three of them since they were sophomores," Detweiler said. "They've all played a big part of our season for the past three years. And to really be able to see them grow as players and as humans as well. I think I've learned a lot from them. I hope that they have learned a lot from me. And I have no doubt that they will be going on and being very successful in their future."

The Hawks (5-10, 4-2 Class 3 Northwestern) were led by Spiker with six kills and Appleton with five kills. Whitmore had 17 digs and Kelly had 11 assists for Skyline.

The Hawks host Brentsville on Wednesday. This past week the Hawks had three tough games, losing a close match to Central and sweeping Meridian. Skyline was also playing without senior setter Grace Benson due to injury and coach Erika Berry said that is definitely hurting the squad as she's having to move players around.

Berry said she was pleased with how the team has been performing despite some losses.

"Obviously I would love to win," Berry said. "I want to be competitive. But I also have to be realistic with the cards we're dealt and it's a crazy year. And I think the most important thing for us is that we are meshing well together. We're having a good time together. That's what's going to get us further along."

The Wildcats had a balanced attack led by Nalls and Ellinger with five kills each and Gorham and Abigail Dickerson with four kills each. Waller added 15 assists for the Wildcats.

Warren County, which went 3-0 this week, is now tied with William Monroe for first place in the district. The Dragons handed the Wildcats their only district loss earlier this season.

"I think that being tied is definitely going to boost our energy," Nalls said. "And I think we're going to have a lot of momentum going into these next few games. We definitely don't want to lose. We want to keep our spot and we're going to fight hard to keep it."