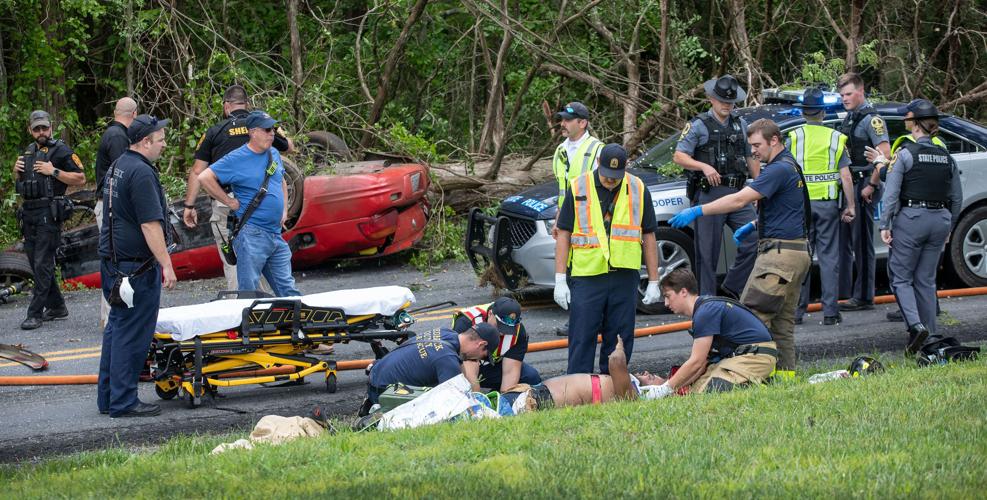 Frederick County fire and rescue personnel tend to the driver of this car that crashed in the 2700 block of Reliance Road on May 16 following a pursuit by Virginia State Police. 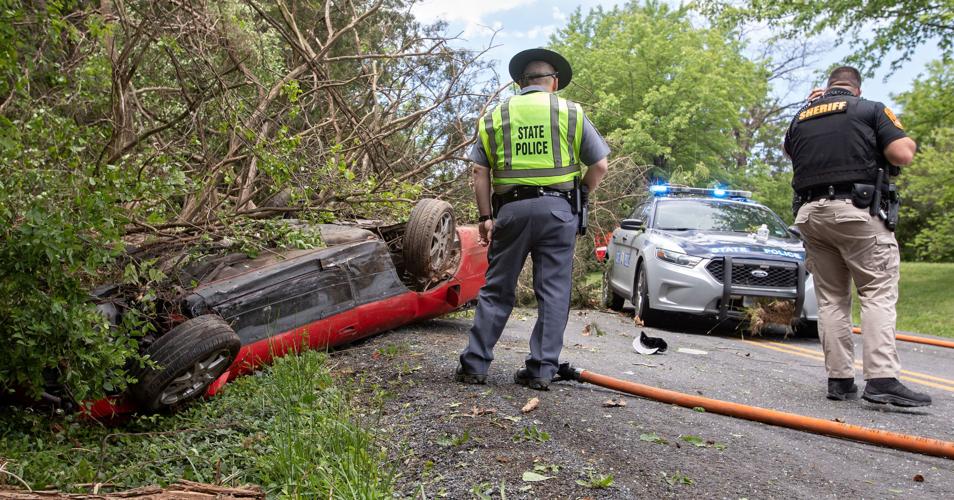 Damon S. Smith’s car crashed into trees and overturned shutting down Reliance Road after a pursuit by Virginia State Police.

Frederick County fire and rescue personnel tend to the driver of this car that crashed in the 2700 block of Reliance Road on May 16 following a pursuit by Virginia State Police.

Damon S. Smith’s car crashed into trees and overturned shutting down Reliance Road after a pursuit by Virginia State Police.

A Winchester man received serious injuries in a crash after being pursued by Virginia State Police for having an expired registration.

Damon S. Smith, 38, is charged with one felony count of eluding police, driving on a suspended license, aggressive driving, reckless driving, and multiple traffic violations committed during the course of the pursuit on May 16.

Smith, who was driving the Sebring, kept going and exited the highway at Exit 302, then returned to I-81 southbound and continued at a high rate of speed, Gellar said. Smith’s vehicle at one point suddenly braked, causing a tractor-trailer to strike it in the rear, Gellar stated.

Smith then turned into an emergency vehicle crossover on the interstate and continued north on I-81, before leaving the highway at Exit 302 again, Gellar said. The pursuit continued east on Reliance Road, with the Sebring traveling over 100 miles per hour.

Smith crossed a double yellow solid line to pass several vehicles before he lost control and ran off the right side of the road, Gellar said. Smith’s car struck two trees, which fell and struck a trooper’s car as the trooper pulled in behind Smith, Gellar said.

A passerby helped the trooper free Smith from his severely damaged and smoking car, Gellar stated. Smith was taken to Winchester Medical Center for treatment of serious injuries.

Smith is currently being held at Northwestern Regional Adult Detention Center. He is due in Frederick County General District Court on Wednesday for a bond hearing on the charges and on July 12 for the traffic infractions.

The incident remains under investigation.