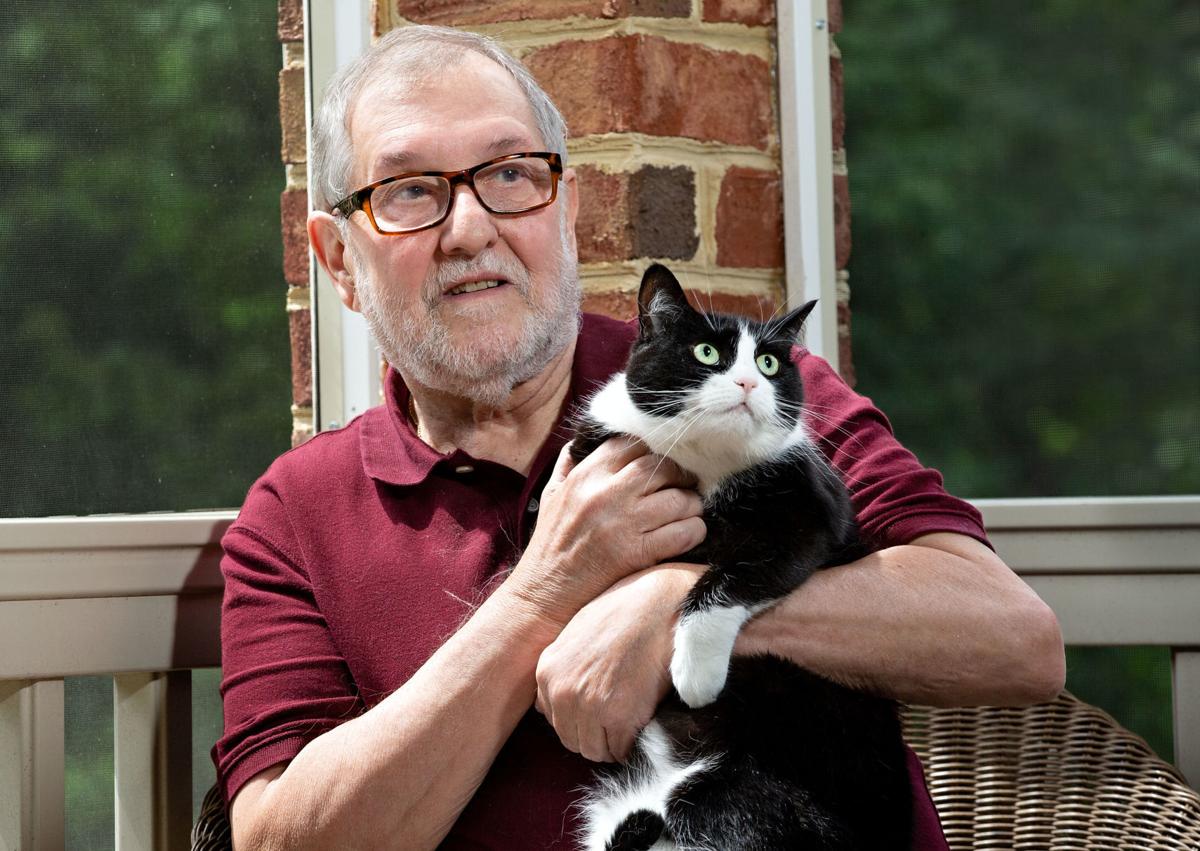 Don Halstead, of Woodstock, holds his tuxedo cat, Pipin, who was featured in Halstead’s first book, “Cats in the House.” Halstead, 76, started writing during the COVID-19 pandemic and has since published six short books. 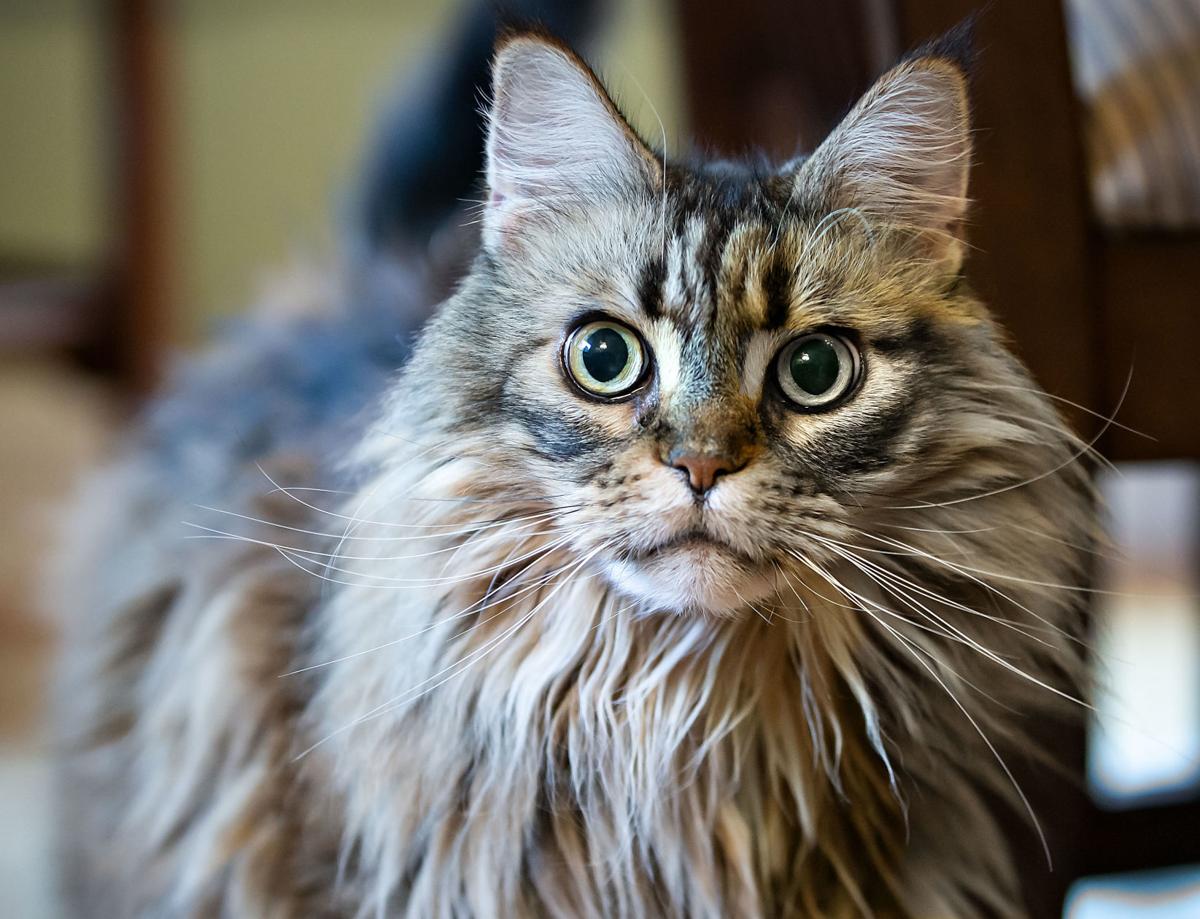 Halstead’s Maine Coon cat, Emma, is also featured in his book “Cats in the House.” 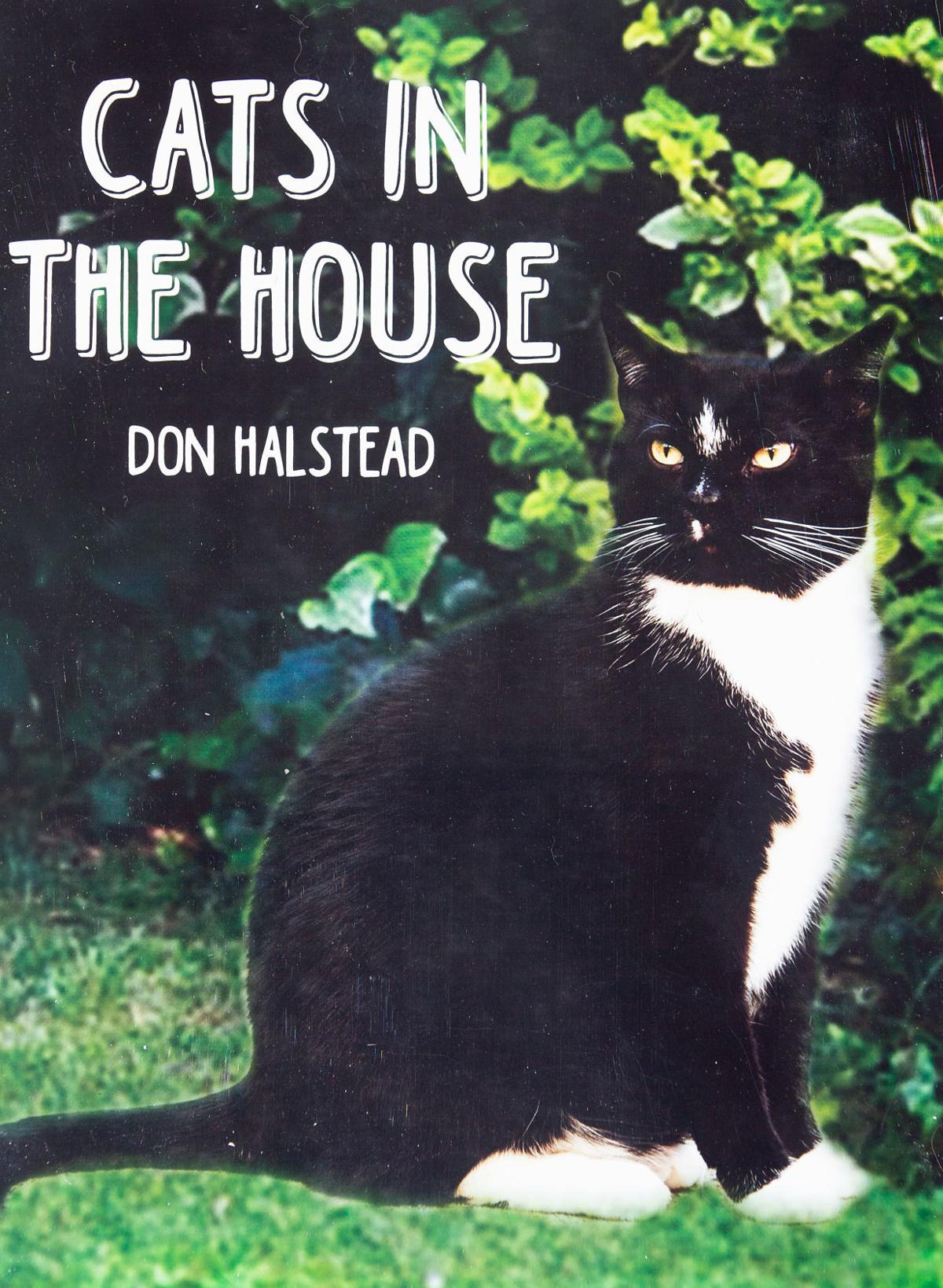 The cover of Halstead’s book “Cats in the House.”

Don Halstead, of Woodstock, holds his tuxedo cat, Pipin, who was featured in Halstead’s first book, “Cats in the House.” Halstead, 76, started writing during the COVID-19 pandemic and has since published six short books.

Halstead’s Maine Coon cat, Emma, is also featured in his book “Cats in the House.”

The cover of Halstead’s book “Cats in the House.”

Don Halstead, of Woodstock, started writing during the early days of the COVID-19 pandemic.

“My wife is the one that got me doing it,” he said.

She started writing a story about a mouse that wanted to give his mom something special for her birthday, said Halstead, 76.

So Don Halstead got to work on his own children’s book called “Cats in the House,” about the daily lives of his two cats, Pipin the tuxedo cat and Emma the Maine Coon.

Pipin narrates the story, Halstead said, and tells the reader all about her world within the house, along with her parents, Don and Sherri, and her big sister, Emma.

After finishing the 30-page book, Halstead recalls a friend reading it and telling him, “You’ve really picked up the mentality of a cat.”

Halstead self-published through Dorrance Publishing in Pittsburgh and set his sights on several more books that also feature animals.

“A Cheetah named Sheena” takes place in the African country of Namibia and follows an orphaned cheetah who, after receiving care from two young boys, is passed on to a park ranger at a wild cat rescue and later released back into the wild.

Sheena is a fictional cat, but the Cheetah Conservation Fund featured in the book is a real organization that Halstead said he contributes to each month.

Usually, he said, orphaned cheetahs taken into captivity aren’t returned to the wild.

But Sheena and a male cheetah get that happy ending in Halstead’s story, “And they do well,” he said.

Two other stories feature Ben the border collie, who is injured while herding sheep in Woodstock, Vermont, before he becomes an agility dog in Woodstock, Virginia.

Ben is adopted by Don and Sherri from “Cats in the House” and learns to live not only with Pipin and Emma but also with three rabbits, a horse and a dwarf goat.

In his books, the family lives on a farm with Emma and Pipin, but Halstead said that’s one of the many fictional elements of his stories.

A fifth story, “The Adventures of Pete the Golden Retriever,” is a prequel to the stories of Pipin and Ben, featuring Sherri as a child living on a vineyard in Napa Valley, California, near where Halstead said his wife used to live.

There, Pete has numerous adventures, from getting locked in Sherri’s school for the weekend to knocking her birthday cake into her father’s lap to confronting bears, skunks and elk in the wilds of California.

At a cookout, Pete meets a border collie — foreshadowing Sherri’s later rescue of Ben — though this dog tries to herd golden retrievers as much as it does sheep.

Halstead has published six stories so far, most of them through Page Publishing, though he said he’s written many more that he doesn’t think will make it into print.

But that doesn’t mean he plans to stop anytime soon.

In addition to his children’s stories, Halstead also writes for adults.

He’s been working on a book of four short mysteries and plans to start a new story soon called “A Killer Next Door,” which is set in Harpers Ferry, West Virginia.

He retired in 2010 shortly before his wife had a double organ transplant.

Both are now retired.

“Cats in the House” is available in a 30-page paperback for $19 or as an ebook for $14 through Dorrance Publishing: dorrancepressroom.com/cats-in-the-house or bookstore.dorrancepublishing.com/cats-in-the-house. The Kindle version is $2.99 at Amazon.com, which also has “The Adventures of Pete the Golden Retriever” and “Ben the Border Collie.” His books are also available at The Virginia Farmhouse on Main Street in Woodstock.