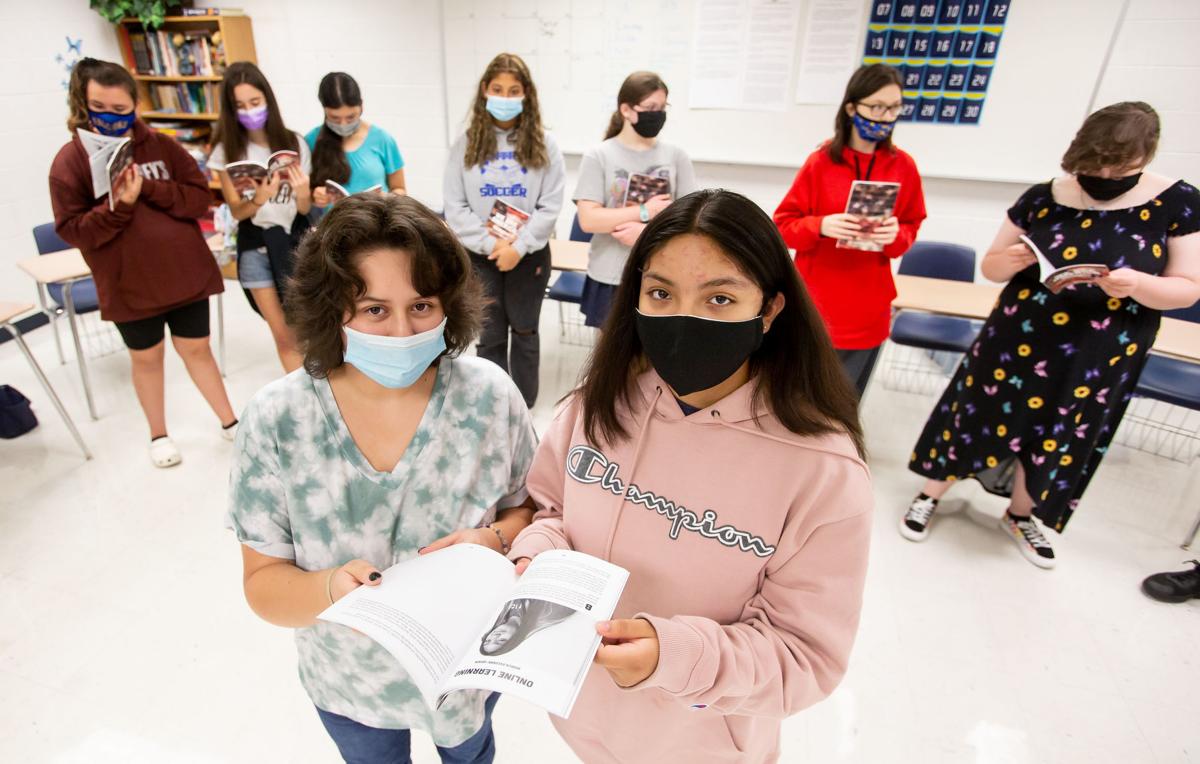 Alan Gutierrez, left, of Fort Valley and Monica Escober, right, of Woodstock, both 14, look over Monica’s story that was one of the 46 stories their eighth grade civics class wrote last year as part of the We Are America project. 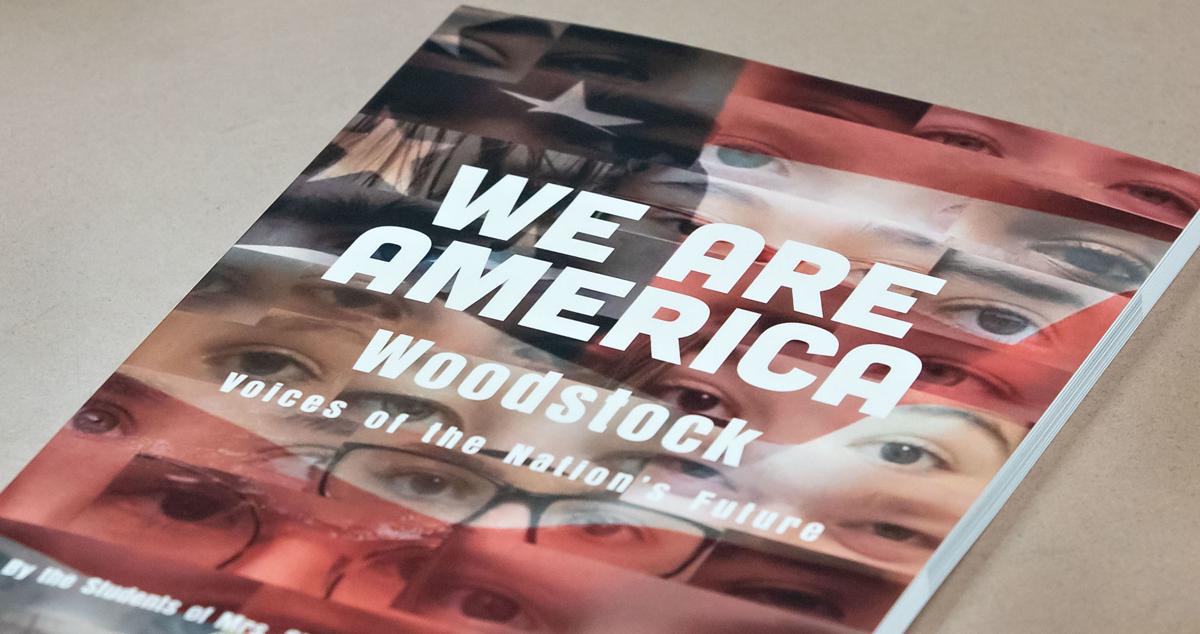 Book cover of We Are America project for created by Woodstock class.

Alan Gutierrez, left, of Fort Valley and Monica Escober, right, of Woodstock, both 14, look over Monica’s story that was one of the 46 stories their eighth grade civics class wrote last year as part of the We Are America project.

Book cover of We Are America project for created by Woodstock class.

Last year, Donna Shrum's eighth-grade civics students participated in the We Are America Project, submitting short stories about what being an American means to them.

Now in the ninth grade at Central High School, the 46 students who submitted short stories are featured in a book that they saw for the first time Friday.

It was “a really rewarding thing for them to do,” Shrum said. “Everything was just so lousy during COVID.”

Because of the COVID-19 pandemic, Shrum, a ninth-grade social studies teacher, said that she was assigned to teach the entire eighth grade, half of them in the fall and half in the spring. Not only that, but the students were also moved up to the high school to allow them to social distance once they returned to in-person classes.

Shrum made the optional project available to all of her students, about 200 in total, and said that 46 submitted stories in the end.

Initially, her students didn’t know what to write about, but Shrum told them that any personal story would qualify.

“It’s the story of America … [and] you’re an American,” she recalled telling them.

“You just went through the most unique school year ever. This is historical,” she told her students. “You’re going to be creating a primary document.”

Among many standout stories was one by a student who was born with half a heart and another by a student who wrote about the history of his family’s farm, burned during the Civil War and rebuilt by itinerant carpenters.

“There were a lot, as I suspected, about friendship,” Shrum said.

More surprisingly, although many were about COVID, they were also very positive.

“I really enjoyed all of them,” Shrum said.

The We Are America Project began with Jessica Lander, a teacher in Lowell, Massachusetts, who developed a curriculum for her students in the 2018-19 academic year for a lesson on American diversity before sharing the idea with other interested teachers.

Shrum applied to be part of the project and received an email at the start of the 2020-21 academic year saying her class had been selected.

Each participating school worked alongside a mentor from We Are America, Shrum said.

“The whole year, we had to attend a webinar each month,” she said.

Shrum received a $500 stipend to facilitate the project and was promised one book of her students’ stories. Determined, though, to have enough books published for all her students, she sought funding through the DonorsChoose nonprofit site where people can support classrooms, and she raised $1,000 to publish 200 copies.

The cover of the book features photos of the eyes of participating students, though Shrum said that the cover also includes students who didn’t submit stories but still wanted to be part of the effort.

Many photos were taken at the school, while others were submitted virtually. She also recruited some student photographers to help with the project.

Though the project wasn’t for school credit, Shrum said that it helped take students’ minds off of a very difficult school year.

Now having returned to teaching ninth-grade world history, Shrum said she’s taking a year off from the project but plans to tackle it again next school year.

“They did so much better last year than I ever thought they would,” she said.

“They had all this to show for what they did.”

View and listen to some of the stories at weareamericaproject.com/school/central-high-school.