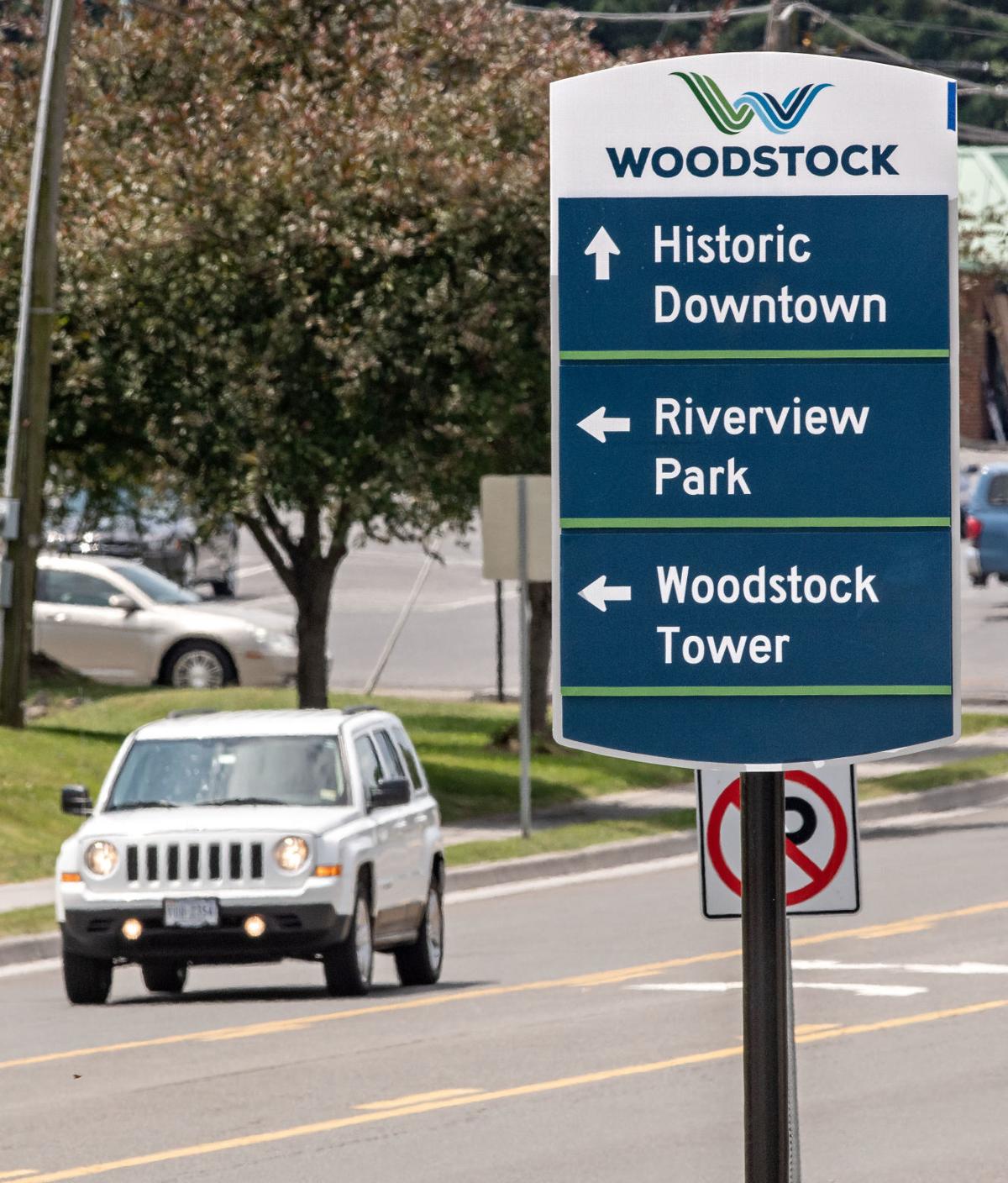 This is one of several wayfinding signs recently installed by Woodstock. This sign is for southbound traffic on the north end of the town limits. 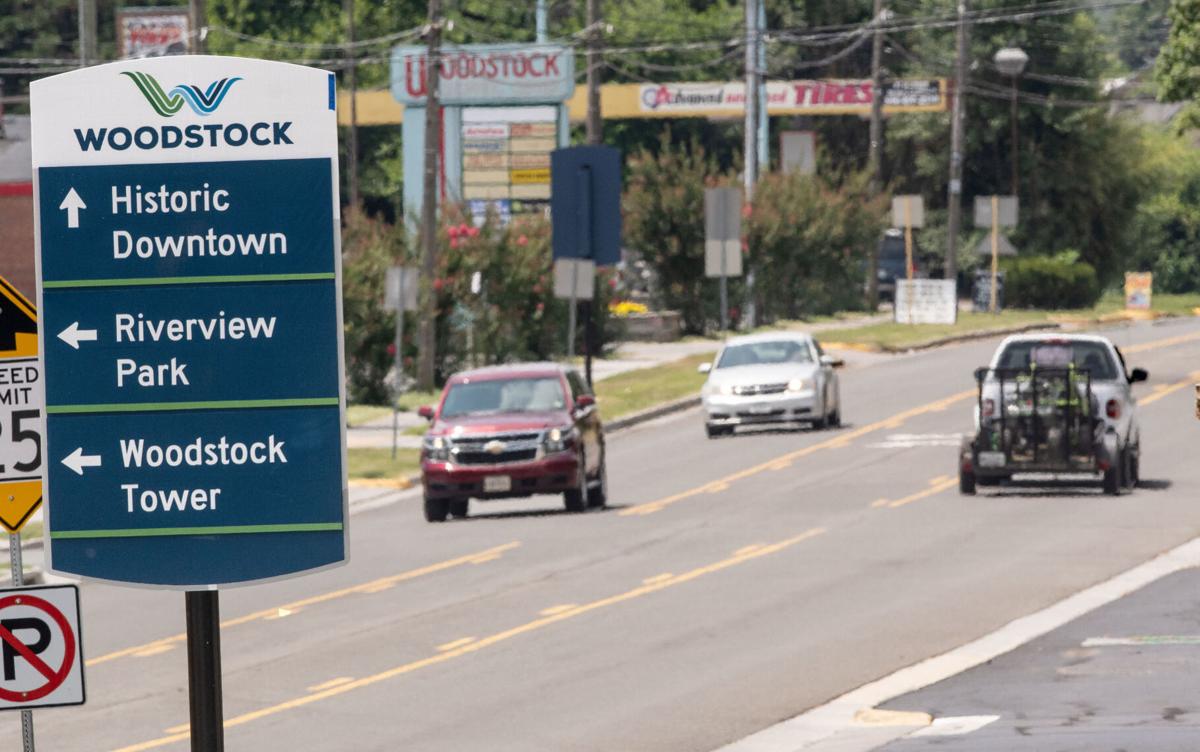 This is one of several wayfinding signs recently installed by  Woodstock. This sign is for southbound traffic on the north end of the town limits.

This is one of several wayfinding signs recently installed by Woodstock. This sign is for southbound traffic on the north end of the town limits.

This is one of several wayfinding signs recently installed by  Woodstock. This sign is for southbound traffic on the north end of the town limits.

Woodstock Town Manager Aaron Grisdale said last week that the town’s Bicycle and Pedestrian Trail Master Plan was following its intended pace as the project nears the engineering and design step of its opening phase.

The town closed the bidding for the project’s landscape architecture and engineering services on Wednesday after opening its request for proposal (RFP) in late May. Grisdale said on Thursday that Woodstock received “expressions of interest” from three firms, a number that he noted was “right in the ballpark of what we were hoping for,” and that town staff would evaluate those options in the coming weeks before  selecting a firm in early September.

“Then we’ll go through the actual design process with that selected firm through the fall and possibly early winter,” he continued, “and hopefully by the spring, early summer of next year we’ll be in a position where we can start the construction solicitation and actually get the dirt moving and get this project rolling forward to the next phase.”

The first task for the project’s opening phase will focus on the town’s Hisey Avenue right-of-way, which stretches between North and Spring streets on the northern end of town, Grisdale said. Whichever firm the town selects to perform the engineering and design services in the next few months will help the layout and facilities for the first phase.

The Bicycle and Pedestrian Master Plan, available for viewing on the town’s website, will feature a variety of different types of pathways to facilitate bicycle and pedestrian traffic, including bike lanes, side paths and shared-use paths.

Grisdale noted that the town is projecting a total cost of $450,000 for Phase 1, Task 1 of the Bicycle and Pedestrian Trail, a figure that includes design and construction. The project is being supported through the Virginia Department of Transportation Alternatives program, which requires a 20% local match and through which VDOT has authorized a maximum grant of $355,000 to Woodstock.

Grisdale added that the town included in its RFP the design services for Task 2 of the first phase of the Bicycle and Pedestrian Trail, though that portion of the project is not included in the Transportation Alternatives funding program at this time.

“We anticipate that by going ahead with the preliminary designs for our Task 2, this will help make us competitive for future grant opportunities through VDOT,” Grisdale wrote in an email on Friday.

The second task of the project’s first phase -- which will include what town staff are calling the “park-to-park connection” It will include improvements to Summit Avenue, Court Street and portions of West Spring and West North streets to link the first phase with Woodstock’s historic downtown.

Grisdale said VDOT has recently opened up new opportunities for another round of grant funding that town staff are exploring for the first phase of Task 2.

“We’re hoping to possibly be able to achieve the same Transportation Alternatives grant funding with that project,” he said.

An overall cost of the entire project was not included in the master plan, which, when drafted in 2019, carried a projected timeline of 10 years for the completion of the trail’s major components. Grisdale said the total cost would be dependent on that timeline and what types of facilities are ultimately constructed on the various sections of the trail.

“While that (master plan) is a general guide, some of that may fluctuate over the life of the project as we kind of reevaluate our priorities and needs in the coming years,” Grisdale said.

When complete, the Bicycle and Pedestrian Trail will be a 12.5-mile loop allowing vehicle-less travel to points of interest throughout Woodstock.

As the trail starts to gain momentum, Woodstock neared the completion of another project at the end of last week. The town’s new wayfinding signs, have been popping up all over Woodstock recently after COVID-19 delayed their installation last year.

“We’re really excited to be able to see that project come to completion. We’re very near completion on that,” Grisdale said Thursday. “That’s been many years in the making, spearheaded by our director of marketing and events, Katie Mercer, and in coordination with (the) Woodstock Enhancement (Committee) and our (Town) Council.

“It was a capital project that we had to place on hold,” he continued, “and then we were able to realize some funds over the past year to kind of get that project back up and going.”