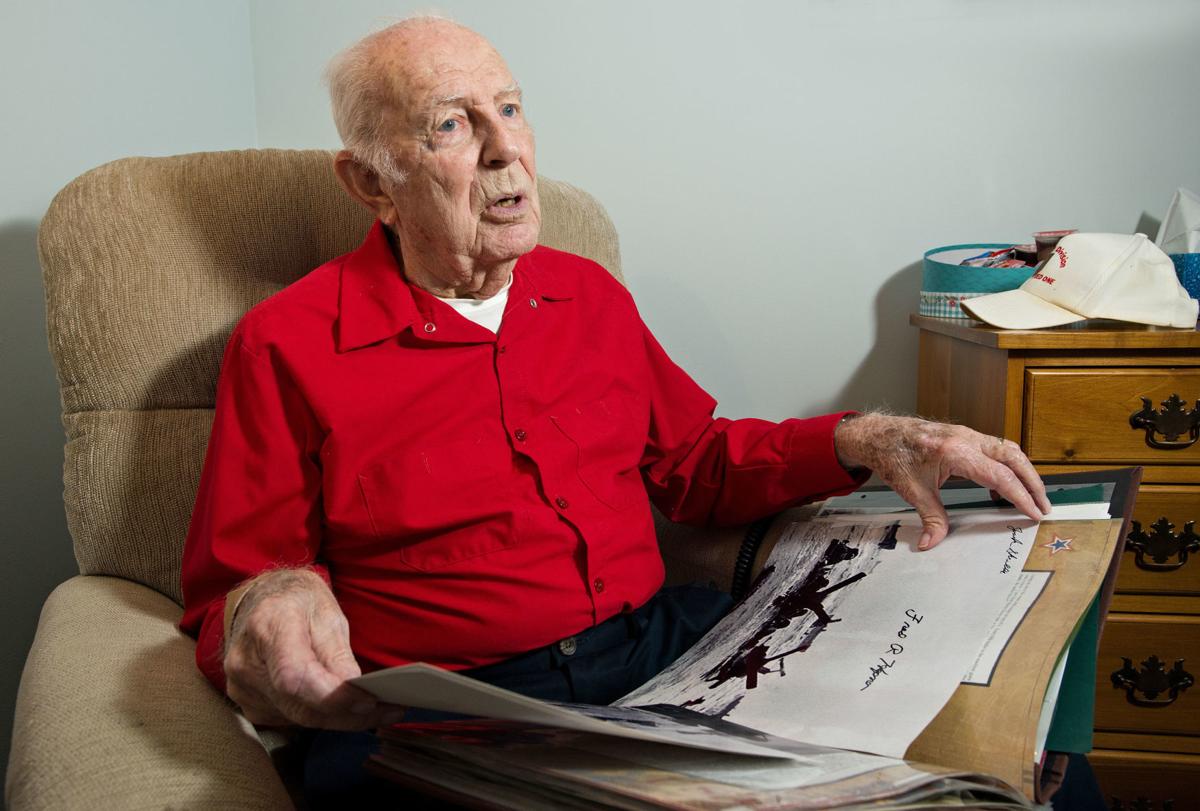 Bill Funkhouser, 95, looks through an old scrapbook of his service in the Army as an infantryman during World War II. Funkhouser is a resident of Pine Meadow, an assisted living facility in Woodstock. 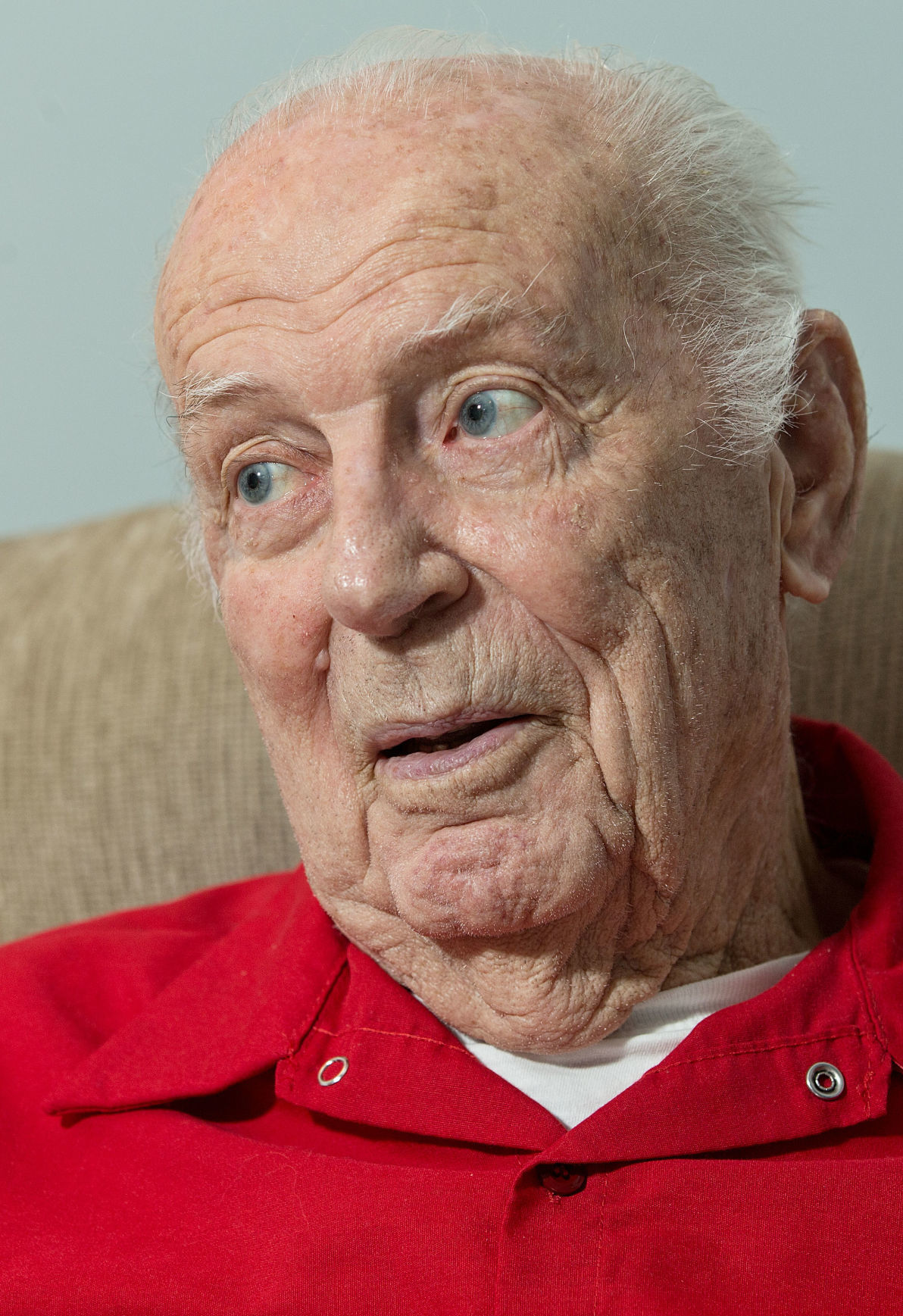 Bill Funkhouser, 95, looks through an old scrapbook of his service in the Army as an infantryman during World War II. Funkhouser is a resident of Pine Meadow, an assisted living facility in Woodstock.

“I recognized I was going to be drafted,” said the World War II veteran.

He and a friend enlisted together, and though assigned to different units, they both returned to Virginia after the war where they each got married and became brothers-in-law.

Years later Funkhouser returned to France with his wife on a tour for WWII veterans. His daughter Brenda Riley recalled that her parents enjoyed Champagne breakfasts during their visit.

“They said they were really treated as heroes,” said Riley, of Slanesville, West Virginia. “They were still heroes.”

His deployment took him to Casablanca, but “Humphrey Bogart wasn’t there,” he joked.

Next he was sent to Sicily before receiving training in England.

Then he was part of the D-Day landings in Normandy, June 6, 1944, which he called “unbelievable.”

“We moved on through France, Belgium,” he said.

“Several times they told us if we went so far, we wouldn’t have to go any further,” he recalled. But there was always someplace else to go next.

Once, he said, “we couldn’t tell which country we were in.” It turned out they were in Czechoslovakia.

To keep warm in the winter, he said, they would sleep two to a foxhole, lined with pine branches and blankets. Word would pass from one foxhole to another of what was happening on the front, and he said there was always a medic nearby.

Though fortunately never injured, he said there were a few times he thought he was.

When his canteen was shot, the water changed color as it leaked out, and he thought he had been hit.

“Scared me to death,” he said.

Recalling his experience, Funkhouser said he wished he could have spent more time learning about the people of Europe.

“I wished I had time to do that, to find out how they lived,” he said.

“It’s hard to believe how they lived."

Walking through cities destroyed by bombings, he said he wondered how the people would ever rebuild.

At night, the cities would implement blackouts so bomber planes wouldn’t see them and target them.

“We would take over houses, just like they were ours,” he recalled.

Each day in the early morning, his unit would prepare again to fight.

“Always about an hour before daylight," he said. "… That’s when they would attack."

He was in Germany when he started to hear rumors that the war had ended.

“I just took it as another day,” he said.

“When the war was over, they sent us to Czechoslovakia,” he said. There his unit waited on a German unit to surrender to them.

“They weren’t any trouble to us,” he said.

After the war, Funkhouser returned to his job at the American Viscose Avtex site in Front Royal. For awhile, he drove a truck, later becoming a supervisor. He retired in 1985.

Coming home from war wasn’t as bad as he thought it would be, and he said he acclimated pretty well to civilian life. But he recalled a night soon after his return when a house in his neighborhood caught fire -- “and I stayed in bed.”

So used to hearing the sounds of war, he said the shouting outside didn’t really faze him.

“I didn’t think anything about it,” he said. “There wasn’t a thing I could do.”