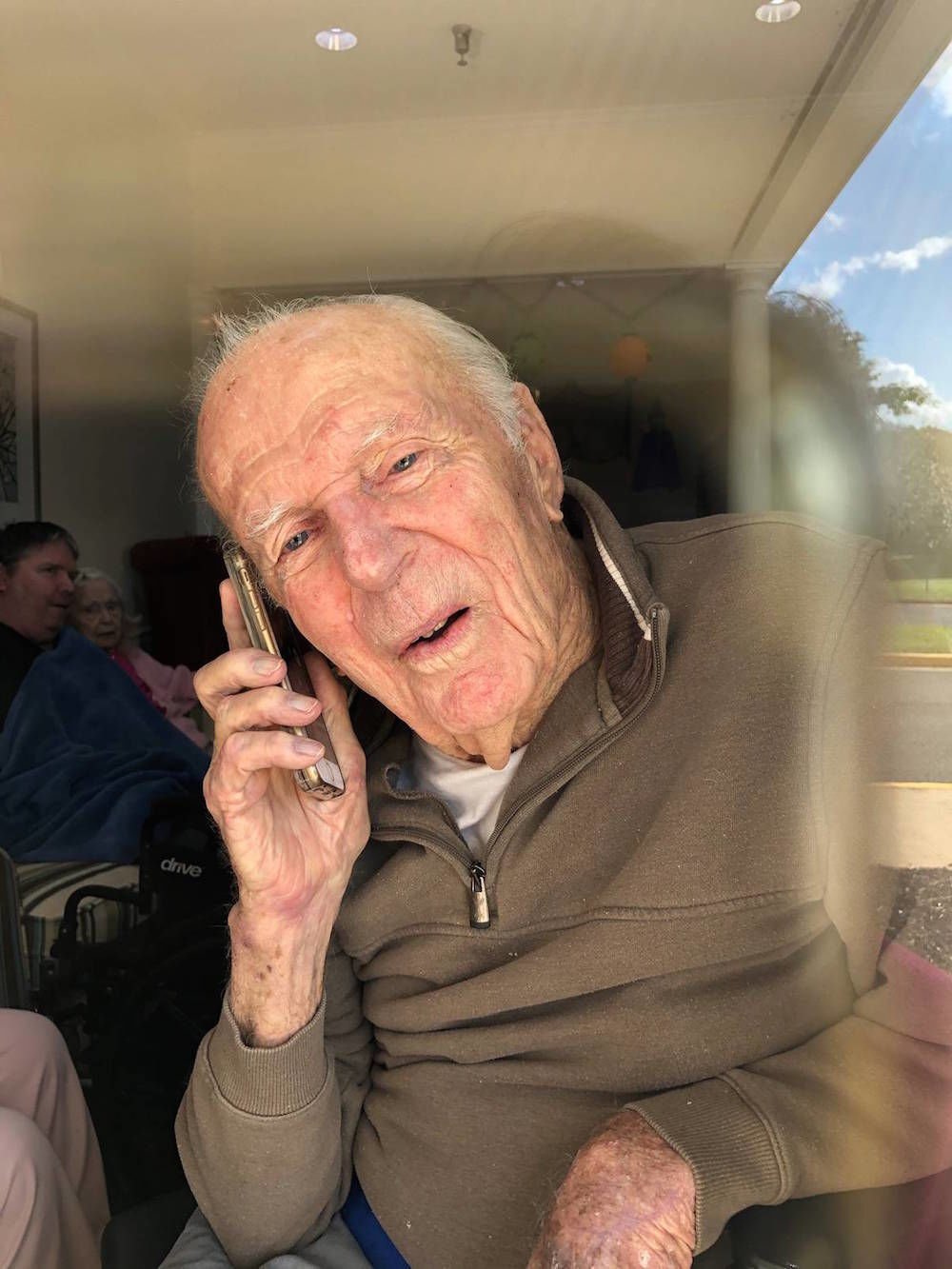 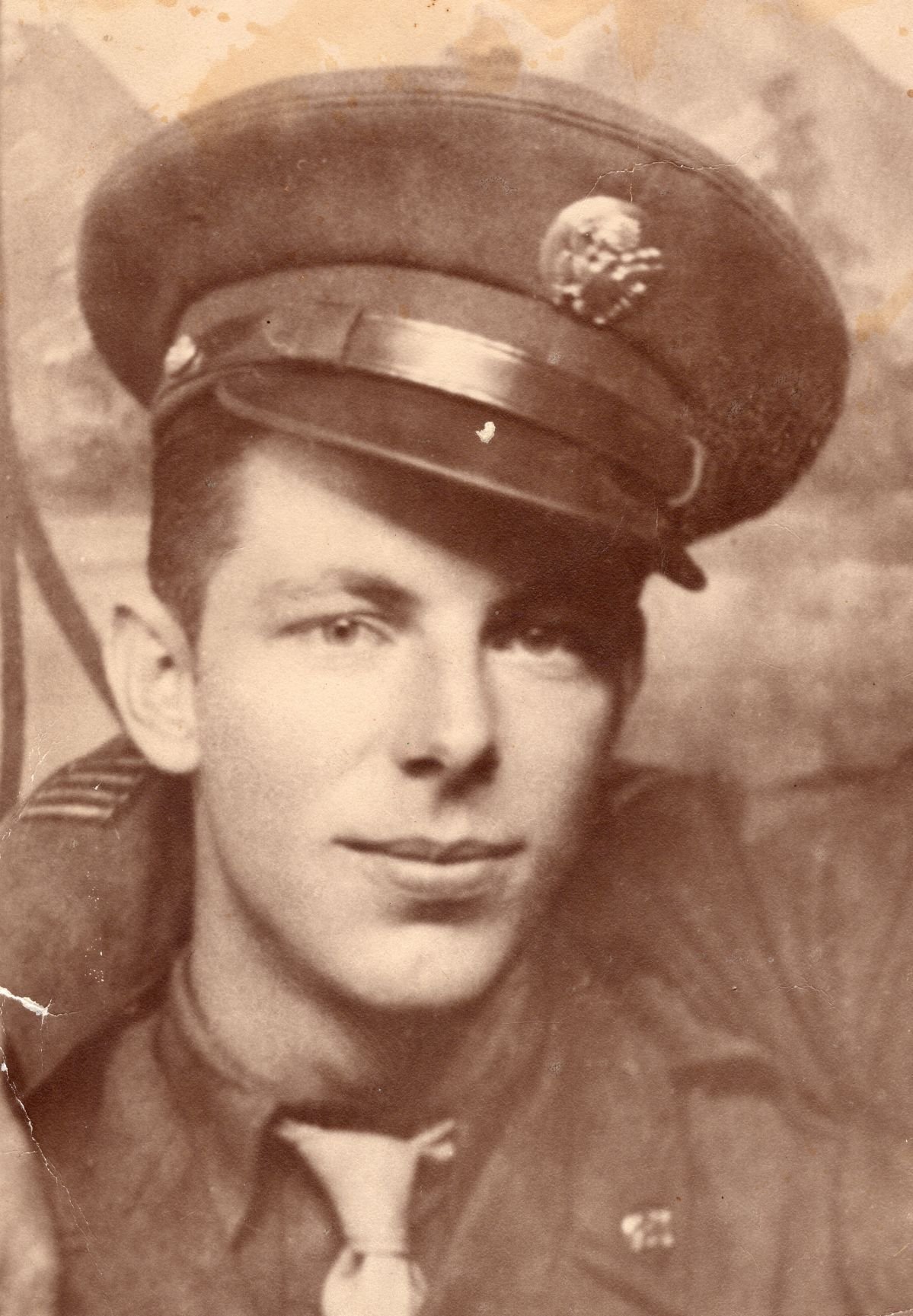 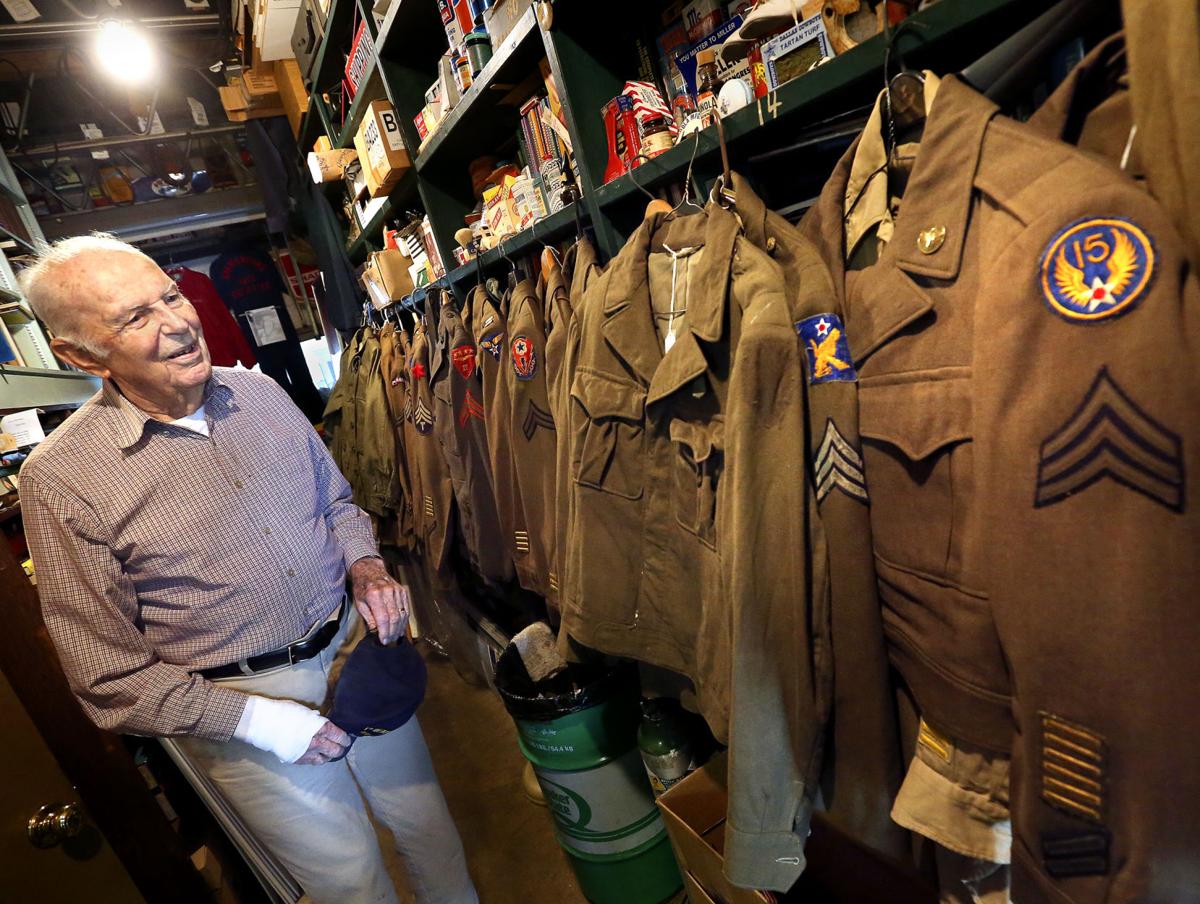 William “Bill” Funkhouser keeps a smile on his face while visiting his family through the window at the Greenfield Reflections assisted living facility in Strasburg.

Most days, Funkhouser recognizes the faces on the other side of the window panes, his daughter Brenda Riley said.

“He still has a sense of humor that shows every once in a while,” Riley said. “But he’s just not him anymore. It’s sad. My father was always a very strong man. It’s very sad to watch someone go through this.”

Funkhouser, a World War II veteran, is battling dementia. He has very little — or possibly even zero — knowledge that his family is struggling to keep his bill paid at Greenfield Reflections or that they’ve been working through an appeals process with the U.S. Department of Veterans Affairs to receive some kind of funding to help ease those payments.

Riley said it costs about $6,000 a month to keep Funkhouser there, and they’d like to keep him at Greenfield Reflections.

“The place where he is now, it’s really good for him. They try to keep him active and keep him involved with everything,” she said. “He doesn’t belong in a nursing home; he belongs where he is now. But it’s very expensive. So, we’ve run out of money again. My husband and I paid for November because there’s nothing else we can do.”

Born in 1923, Funkhouser grew up in Fishers Hill. He joined the Army and served as a sergeant, participating in some of the most historic battles of the second world war, including several major European campaigns such as the invasion of Sicily, Normandy — or D-Day — Northern France, the winter campaign of the Ardennes, the Rhineland and Central Europe with Company F of the 16th Infantry regiment of the First Infantry Division, known as “The Big Red One.”

Riley said that in the last 25 or so years her father has opened up more about his time in the military, focusing on some of the “good memories.”

“We didn’t talk about it so much growing up, but then as it got more toward the 50th anniversary of some of these things then he would talk more about it. The older he got, the more stories he shared with us,” she said. “He doesn’t talk about the bad parts. He talks about the Battle of the Bulge, sleeping in holes and how they had to dig out the holes. He never liked to dwell on the bad parts, though.”

He was honorably discharged in October 1945. Now, a little over 75 years later, his family is at a crossroads.

In October 2018, Riley said she began the process of applying for veterans pension benefits through the Strasburg Benefits Office, which helps file claims on behalf of veterans that are then submitted to the U.S. Department of Veterans Affairs. The pension program “provides monthly payments to wartime veterans who meet certain age or disability requirements, and who have income and net worth within certain limits,” according to the VA’s website.

Riley said she was told there would be no problem with acquiring the benefits to help care for her father’s declining health and the services he needed to battle dementia.

“They told me what I had to do and told me it shouldn’t be any problem at all,” she said. “Time went on, and they kept asking me for more and more stuff. And then (the representative at the Strasburg office) retired. “Since, it’s been “back and forth” and they were never approved for any funding.”

The office in Strasburg secured an appeals attorney with the Virginia Department of Veterans Services, and they have been in an appeals process. Riley said the case has been assigned to a judge and has been advanced on the docket, but it still takes about 30 to 60 days for a decision to be made. It’s been almost 30 days since that happened.

Riley said the family would like to keep her father at Greenfield Reflections, but they’re running out of money. She said she set up a Go Fund Me page that has accrued over $13,000, but those funds are all but gone.

It is likely that Funkhouser’s family will need to move him to a nursing home and secure funding through Medicare to help ease the out-of-pocket expenses. Riley said she’s already started preparing for that process.

If her appeal falls through without the family receiving VA funding, she likely will not get her father moved in time before another monthly payment is due. Most nursing homes, she said, are not accepting new patients due to COVID-19.

Riley said the VA funding would take care of about $1,700 a month toward his care.

“Had he been getting (the VA funding) since (October 2018), it would have been a lot. It would have helped a whole lot,” she said. “I know there are a lot of disabled veterans going through the same thing and he doesn’t have a war injury, but if they’d have told me from the very beginning that we weren’t going to get funding, I would have understood. But they were so confident and kept saying ‘no problem, no problem,’ and all it’s been is problems.”