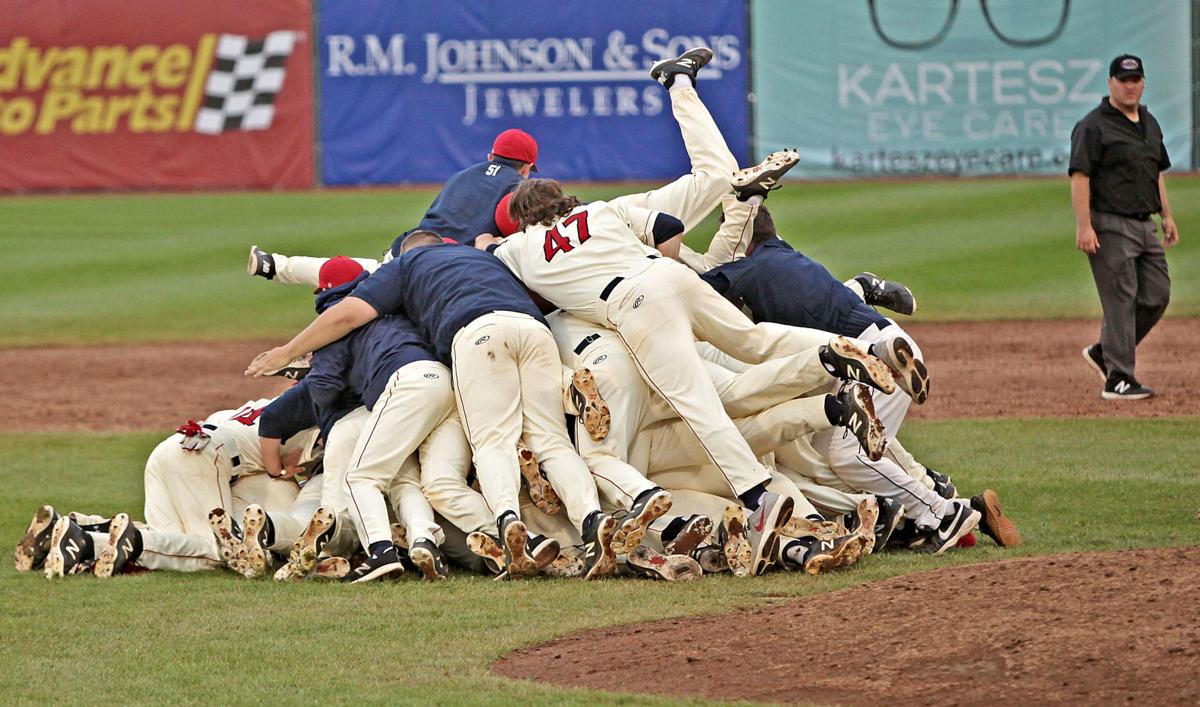 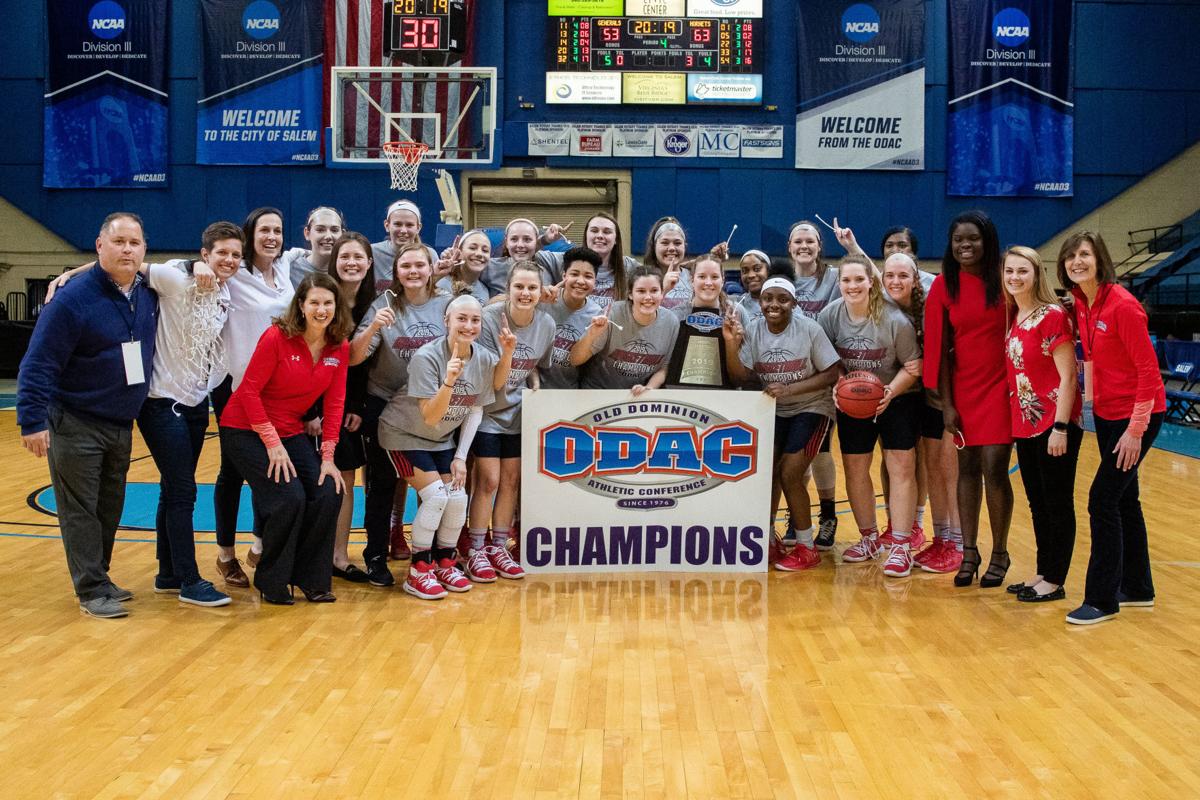 The Shenandoah University women's basketball team captured its first ODAC championship in program history with a 63-53 win over Washington and Lee in February at the Salem Civic Center. 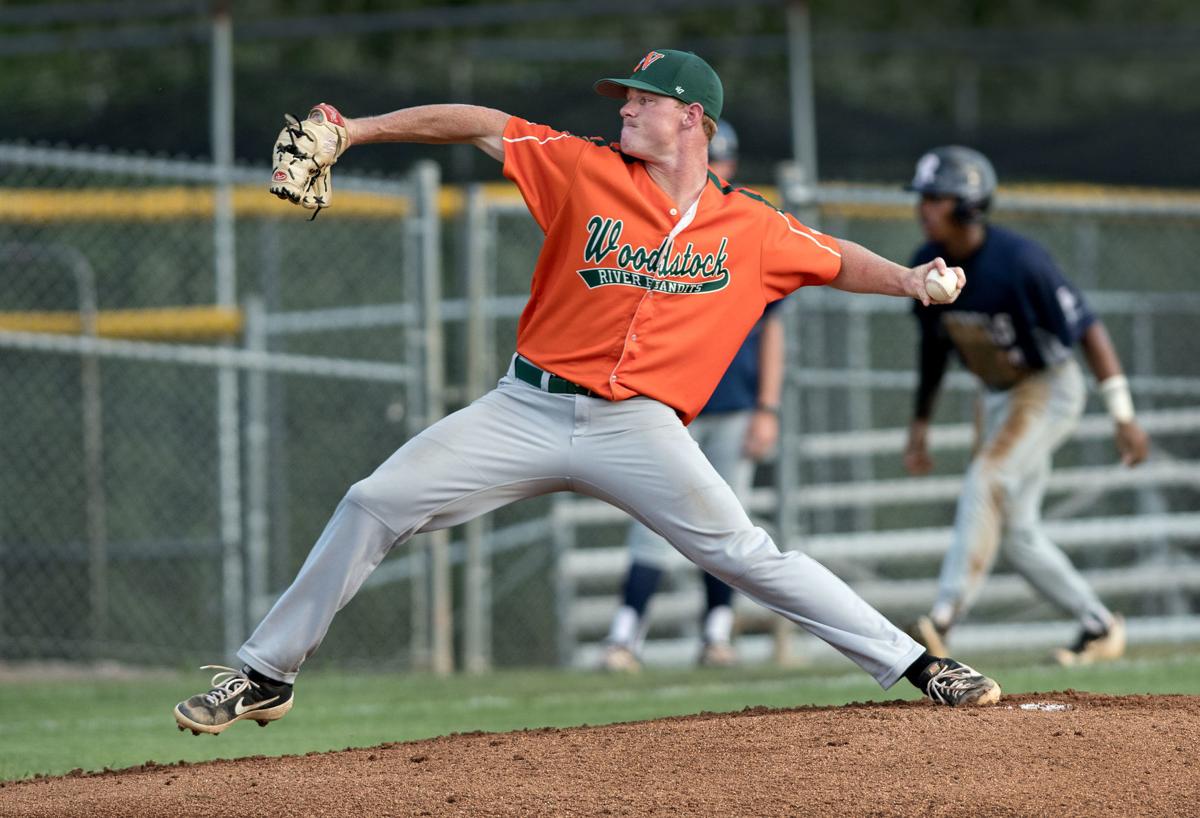 Woodstock River Bandits pitcher Tristen Bayless fires a pitch during the first inning against New Market in Woodstock in July.

The Shenandoah University women's basketball team captured its first ODAC championship in program history with a 63-53 win over Washington and Lee in February at the Salem Civic Center.

Woodstock River Bandits pitcher Tristen Bayless fires a pitch during the first inning against New Market in Woodstock in July.

Plenty of events shaped the area’s sports landscape outside of the high school scene in 2019.

A local post basketball team made its deepest playoff run. Two players chased professional football dreams, and another is grinding it out in the pro baseball ranks. Shenandoah University saw its women’s basketball team make a magical run, its baseball team continue its playoff success, a football player earn national recognition and announced a new sport. One local Valley Baseball League team won a division title (again), another swept the league’s top player awards and a third said goodbye to a legend.

Below are the area’s top college storylines from the past year, listed chronologically.

Former Shenandoah University defensive end Jake Payne made two additional stops in his pro football career this calendar year, first joining the Alliance of American Football’s Birmingham Iron last spring before the first-year league folded midseason and then getting selected by the XFL’s St. Louis BattleHawks in the inaugural draft of the rebooted league in October.

Payne is competing for a roster spot this winter before the XFL season kicks off on Feb. 8.

Shenandoah University’s women’s basketball team made a magical postseason run at the end of the 2018-19 season when it defied the odds and won the Old Dominion Athletic Conference tournament as the No. 8 seed to earn a spot in the NCAA Division III tournament for the third time in program history and for the first time since 2000.

Leaning on their defense in the conference tourney, the Hornets became the first eight-seed to knock off the No. 1 seed when they upset Guilford in the conference quarterfinals and became the lowest seed ever to win the ODAC title in the tournament’s 37-year history with a 63-53 win over No. 3 Washington and Lee in the championship.

SU went one-and-done in the NCAA Tournament, falling to DeSales, 77-49, in the first round on March 1.

Myers, who is now coaching at IMG Academy in Florida, left MMA’s postgrad program for a second time days before the team’s 2019-20 players were to report to campus, leaving former assistant coach Curtis Peery to take over a squad that was 10-2 entering Christmas break.

Former Sherando standout football player George Aston, who starred as a fullback at the University of Pittsburgh, didn’t hear his name called in the 2019 NFL Draft but was signed as an undrafted free agent by the Denver Broncos in April.

An injury to starting fullback Andy Janovich briefly opened the door for Aston, who saw playing time in the preseason -- he started Denver’s final preseason game against the Los Angeles Rams -- but he was ultimately cut by the Broncos on Aug. 31. This week Aston was signed by the New York Giants to the practice squad for the final week of the regular season.

Shenandoah’s baseball team upheld its playoff tradition under longtime head coach Kevin Anderson in 2019, as the Hornets won their second straight ODAC tournament title and advanced to the NCAA Super Regional round.

Needing to win the ODAC tournament to qualify for the NCAA playoffs for the sixth straight year and for the 10th time in the last 11 years, SU went 5-1 in the tournament and topped Randolph-Macon for the title. The Hornets then reeled off four straight victories to win the Kean Regional after losing their first game of the NCAA tournament before seeing their playoff run end with consecutive losses to Johns Hopkins in the Super Regional in May.

Stonewall Jackson High School and James Madison University grad Colton Harlow, who was drafted by the Colorado Rockies in the 30th round of the 2018 MLB Draft, took a step up in his young professional baseball career when he was promoted to Class A Asheville in June.

Harlow made 12 relief appearances for the Tourists, going 1-0 with a 6.14 ERA, 35 strikeouts and six walks in 22 innings before getting reassigned to the Boise Hawks, the Rockies’ Class A short-season affiliate, in August.

The Valley Baseball League said goodbye to an icon this past summer when former longtime New Market Rebels coach Maynard “Mo” Weber passed away on July 26 at the age of 96.

Weber, the namesake of the VBL’s Coach of the Year award, served as the Rebels’ hitting coach for 17 seasons and as the team’s manager for two summers, and coached baseball at various levels for 65 years. Weber, who wore No. 1 for New Market, is the only Rebel to have his jersey retired by the organization.

The Woodstock River Bandits came up a win short of making their first-ever VBL championship series appearance but they did sweep the league’s two major player awards.

River Bandits left-hander Tristen Bayless (University of Houston) won the VBL’s Pitcher of the Year award after going 3-2 with a 1.93 ERA and 50 strikeouts in 32 ⅔ innings pitched in the regular season. He was second in the league in strikeouts, and his ERA and batting average against (.217) would’ve ranked first and second, respectively, in the Valley League had he qualified (he was an inning short of the minimum threshold for those statistics).

The Strasburg Express made its fourth appearance in the Valley Baseball League championship series in the last five years when it topped rival Woodstock in three games in the North Division finals in August.

Powered by an offense that led the league in home runs and a pitching staff that ranked third in the VBL in ERA, Strasburg finished the regular season 26-16 and in first place in the North. Playoff series wins over Winchester and Woodstock pitted the Express against Charlottesville for the Valley League title, and the Tom Sox swept the best-of-three series to win their second league championship.

Shenandoah University announced a new addition to its athletic offerings when it unveiled in September that men’s wrestling would become the school’s 22nd intercollegiate sport in 2020.

SU displayed design concepts for uniforms, headgear and logos at a press conference on Sept. 23, and three weeks later announced that Tim McGuire, a former assistant coach at the University of Chicago, would be the program’s first head coach.

Shenandoah University senior offensive lineman Daniel Small made a bit of history in December when he was named a second-team All-American by the American Football Coaches Association. Small became just the second Hornet ever to earn All-America honors, joining former free safety Gregg Anderson, who became the first to achieve that status in 2002.

James Madison University’s football team continues to remain one of the top NCAA Division I-FCS programs in the nation under first-year head coach Curt Cignetti. The No. 2 Dukes, who topped Weber State in the playoff semifinals on Dec. 21, will play for the national title for the third time in the past four seasons when they take on No. 1 North Dakota State in Frisco, Texas on Jan. 11.

The Dukes (14-1) went 11-1 during the regular season, the lone loss coming to FBS opponent West Virginia in Cignetti’s JMU debut on Aug. 31.