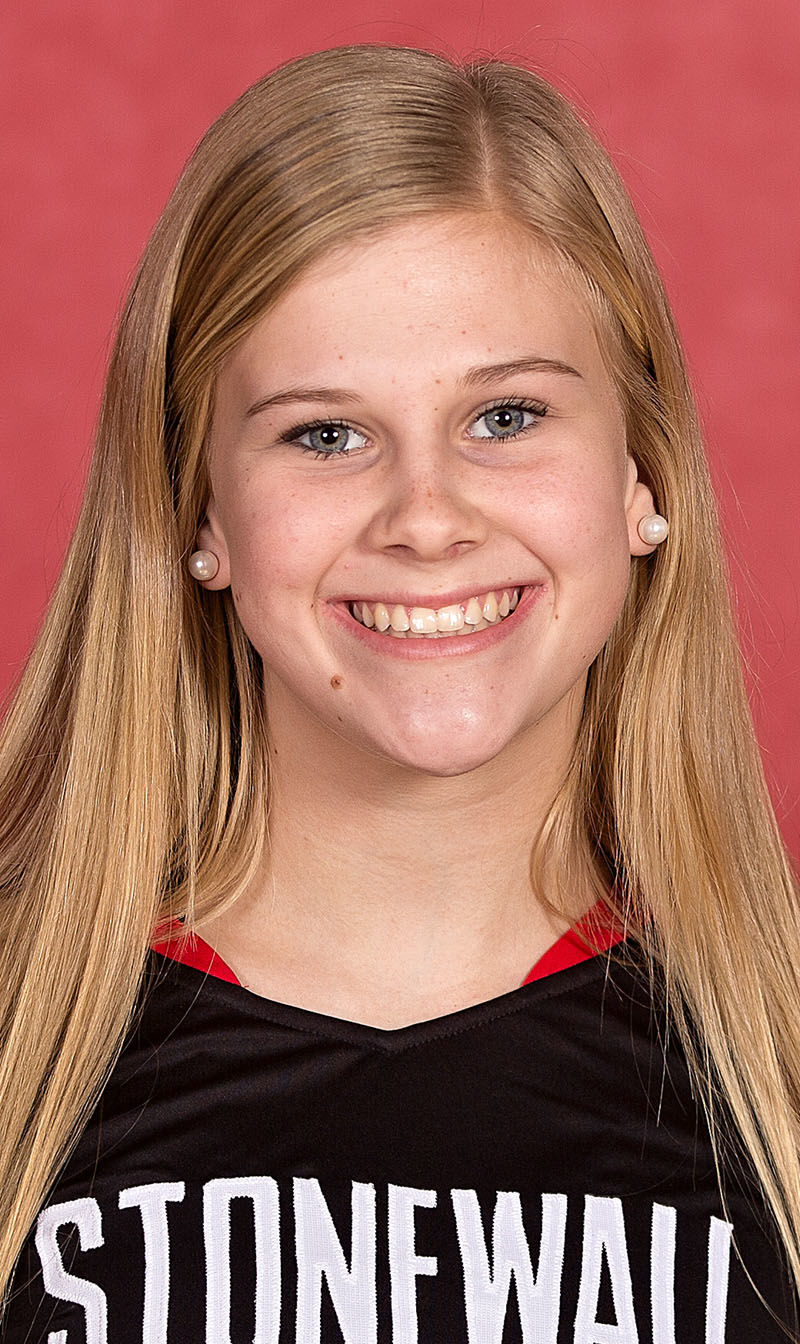 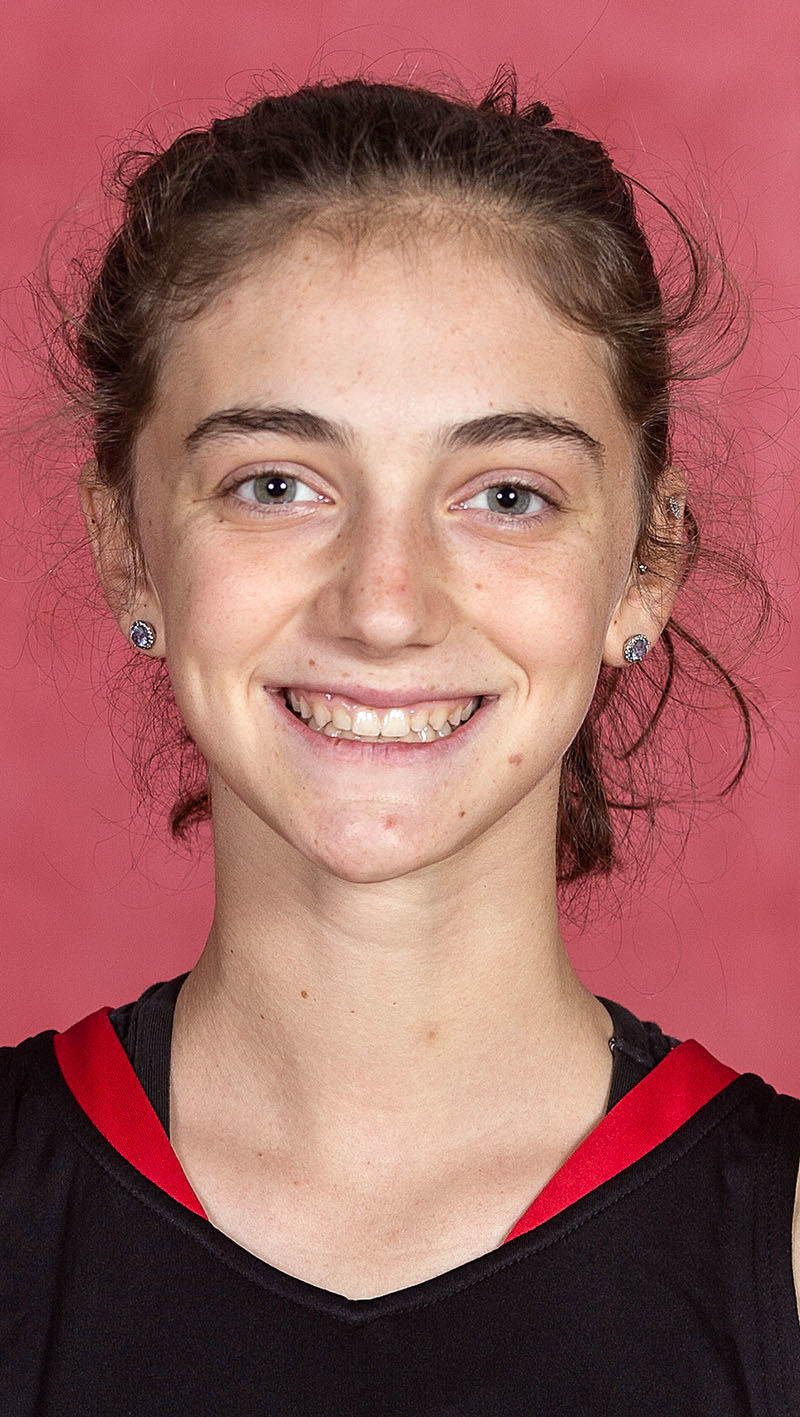 QUICKSBURG -- Stonewall Jackson’s young girls basketball team has had plenty of ups and downs this season, but the team has certainly shown plenty of promise.

The Generals continued their up and down play this weekend. Stonewall Jackson lost 49-37 to Page County on Friday but bounced back with a big 44-28 win over Class 5 Harrisonburg on Saturday. The Generals have now won three of their last four games.

“I feel like we’re getting better and better each game,” Stonewall Jackson freshman guard Mya Councill said after Friday’s loss. “I mean tonight we may not have shown it as much, but I feel like we still had good times in the game. We could have done better but we really tried our hardest.”

Stonewall Jackson junior point guard Kylene Franklin said that she’s seen a lot of improvement in the young squad since the start of the season.

“Other than (Friday’s) game I think we’re definitely developing on how we’re working together on defense and seeing things on offense,” Franklin said. “We are seeing so much and being able to move and be able to get in certain places that we should have been getting there (before) and now we’re finally there. We’re learning to rotate and control what we’re doing. However (Friday) was not in those circumstances. I think that we’re definitely getting better on defense other than (Friday) because we are giving more help, better ball pressure.”

The Generals have held opponents to 40 points or less in four out of their last six games. Stonewall Jackson didn’t play well defensively against Page County on Friday, but held Harrisonburg to just one point in the first quarter on Saturday in a strong defensive performance.

Stonewall Jackson freshman forward Annika Dellinger said she feels like the team has been working together better as the season has gone along.

“I think we’ve improved on working as a team, because for a lot of us it’s our first year playing together since we’re all so many different ages,” Dellinger said. “So just as the season goes on, we’ll just get better and better playing with each other.”

The Generals never led in the loss to the Panthers, but kept the game close throughout until the Panthers pulled away late. In the win over Harrisonburg, the Generals led 15-1 after the first quarter en route to the victory.

Stonewall Jackson picked up two big wins over the holidays, which helped boost the Generals' confidence. The Generals beat Clarke County on Dec. 27 and Madison County on Jan. 3, giving the Mountaineers their only district loss of the season.

Franklin said that the win over Clarke County gave them some added confidence going into the Madison County game.

“We showed them that we’re here to play,” Franklin said of the Madison County win. “You’re not going to push us over or anything. They came here to play and we’re going to show them what playing basketball is and I think we definitely showed it. We worked hard. Our defense was definitely on point in that game and our free throws were on, too.”

Stonewall Jackson coach Jeff Burner said that the victories over Clarke County and Madison County were good quality wins for his squad and they played good team basketball.

“The Clarke win and the Madison wins were very good team wins,” Burner said. “We had very good balance. We’ve had those three kids (Councill, Dellinger and Franklin) that have been around double figures and we have other kids that have been chipping in four and five. So that’s sort of what we have been doing. Then defensively we were a lot better in those games than what we were (Friday).”

Burner said that he’s seen improvement in his squad throughout the season even after a tough loss to Page County. With the exception of a road loss to Central, the Generals have been competitive in every game, even going against a tough schedule.

“I don’t think we ever felt all year like we can’t compete,” he said. “What we’ve talked about is we feel like we can compete with anybody, but we can also lose to anybody. Really the truth is in this league that can happen every night. ...This league is just tough.”

The 5-foot-10 Dellinger has become one of the steadier scorers for the Generals over the season, averaging 8.5 points and 6.1 rebounds per game. Dellinger said she was moved to the post earlier in the season and she’s starting to enjoy it.

Another player who has been key is senior Autumn Summers, who suffered an injury in the third quarter against Page County on Friday and did not return. Summers also did not play against Harrisonburg.

“It really hurt losing Autumn (Summers) because Autumn is our motor,” Burner said. “She’s smart, she gets into people. She’s just a tough kid and I think her toughness translates to everybody else. A lot of times with kids like that people don’t understand (their importance) because she doesn’t score 15, 20 points a game. But she’s a kid that is always working for us on defense. So some of our other kids don’t do all of the little things she does like covering up drives.”

In Saturday’s victory, Franklin had 17 points, while Councill and Dellinger each had 10.

The Generals are in good shape to make some noise the rest of the season. The team entered last week in eighth place in the Region 2B power points, which are used to determine regional play. The top eight teams will advance to regionals. The Generals have a big week ahead as they play at Clarke County, host first-pace Strasburg and play at Rappahannock County.

Franklin said on Friday night that a win on Saturday over Class 5 Harrisonburg would be big for the team.

“I really want us to finish off good in the rest of our district play,” Franklin said. “Even (Saturday), getting a win (over Harrisonburg) would really help us in the district. It will help us get power points.”

No matter the outcomes of the games, Burner said he’s enjoying coaching the young team.

“They are a wonderful group in terms of how hard they work and they’re getting along,” he said. “They don’t care about individual stuff. They’ve just being focused on team things and we’re getting better. So we’re going to keep working.”