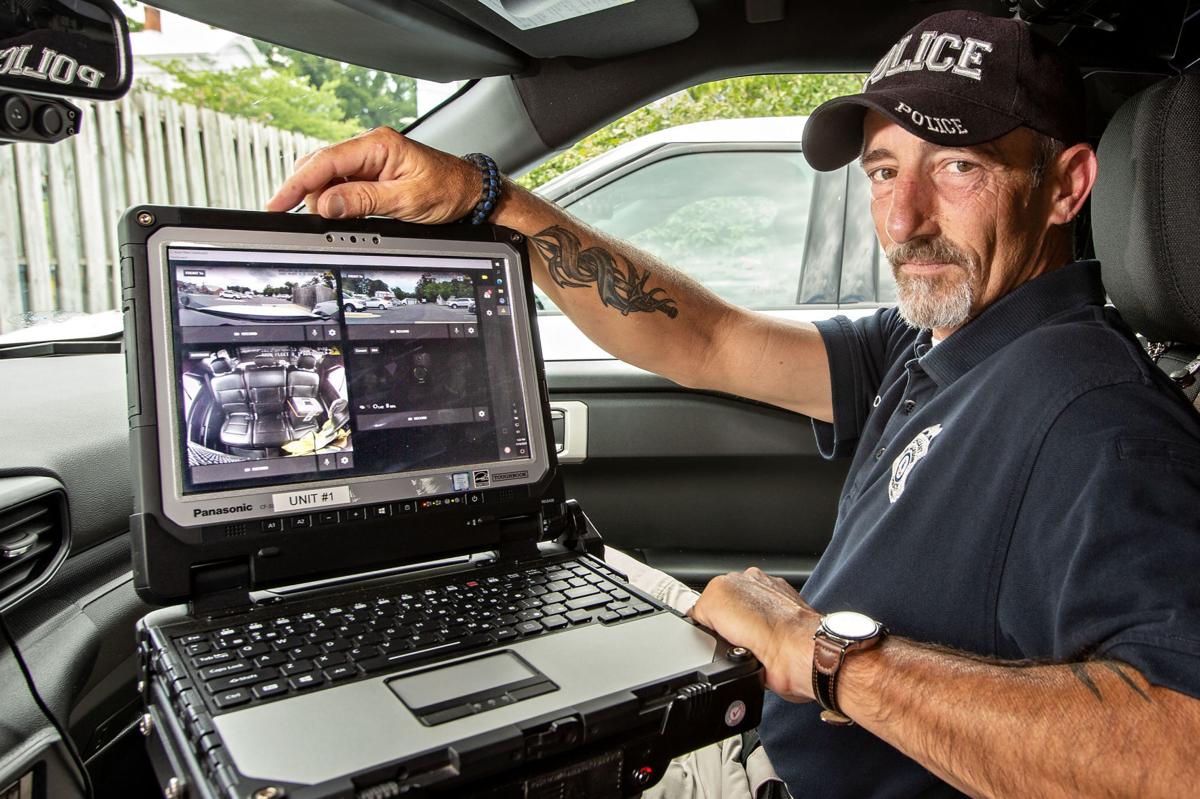 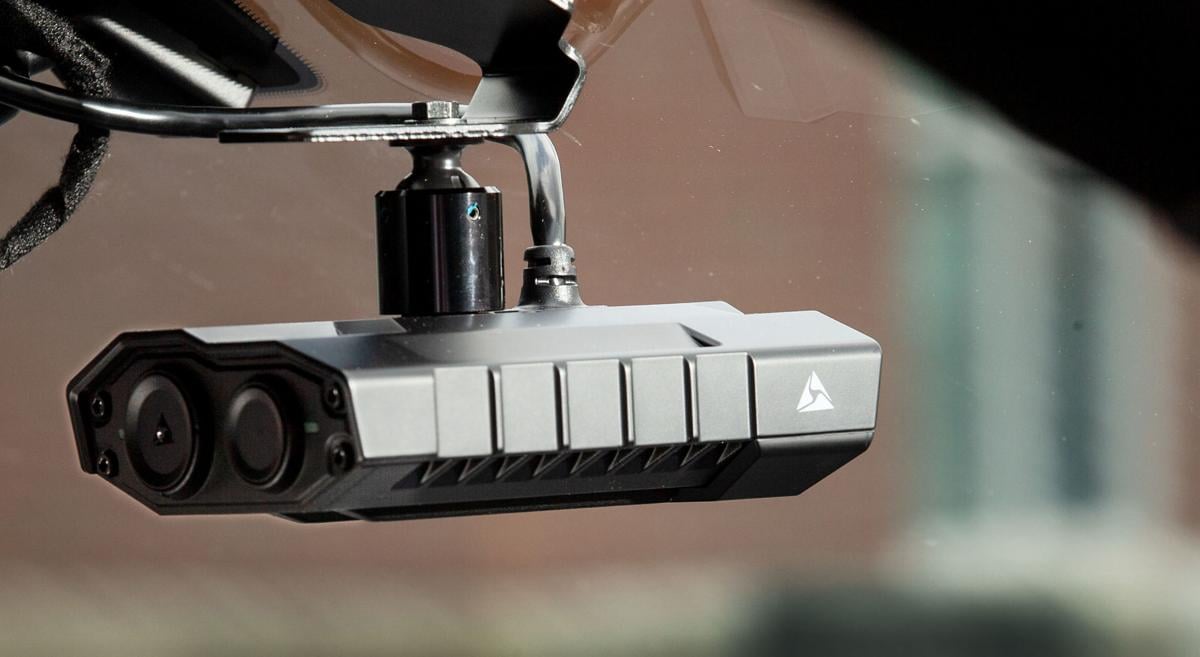 This is the front dash camera that is mounted in Mount Jackson’s fleet of six police cruisers.

This is the front dash camera that is mounted in Mount Jackson’s fleet of six police cruisers.

MOUNT JACKSON — The Mount Jackson Police Department recently replaced the outdated dashcams on their cruisers with the latest model that makes it easier to store recordings and share videos within the criminal justice system.

“Compared to our old system, this is a sports car to a covered wagon,” said Sgt. Keith Cowart of the Axon Fleet 3 video cameras installed on the department’s cruisers earlier this month.

The six-member police force under Chief Jeff Sterner is one of the first law enforcement agencies in the country to install the sophisticated cameras.

In November, the department asked Town Council to upgrade their dashcam video cameras. When speaking about an upgrade with the Axon representative, they learned about the brand-new model coming out in July.

That perked us up a little bit,” Cowart said. “We got on the list and luckily we were there.”

Dashcam video cameras have been used by Virginia law enforcement since at least 2008 with the footage stored on VHS tapes. But with this new technology, Mount Jackson’s boys in blue can streamline the documenting process while also being able to quickly share what’s happening during a situation.

A new camera was installed in each of the department’s six Ford Interceptor cruisers for $60,000 over a five-year lease, according to Town Council documents. They replace 16-year-old cameras that were obsolete because they stored footage on memory sticks and required a lot of manpower time to transfer the videos, Cowart said.

“They served a purpose at the time, and they’ve helped on a few cases,” he said. “But it was time to upgrade.”

The new cameras have a wide angle viewing option that captures a bit more than what’s directly in front of it, unlike the older cameras. The new cameras also have audio recordings for the rear area of the vehicle where the suspects in custody ride. The recordings can all can be viewed and tagged via the computer terminal inside a cruiser.

The new cameras coordinate with the six Axon Body 3 body-worn cameras and six Axon X2 tasers the department has had for a few years. All the technology communicates with the same operating system. The dash cameras are automatically activated once the lights are turned on or a taser is activated, Cowart said.

“So pretty much anytime we go on a call, traffic stop,” Cowart said of when the cameras turn on. “We also have the choice of turning it on. We can manually turn it on.”

Reaching speeds of 85 mph or a crash can also activate the camera, Cowart said.

The community-oriented department didn’t want to act too much like Big Brother so officers won’t have the cameras running all the time. It also didn’t have the optional license plate reader added.

“The whole purpose of having the cameras is in today’s society, you need them to cover our officers, to cover the community,” Cowart said. “If a complaint’s made we get to review the video and see actually what happened versus their version, versus the officer’s version.”

“This definitely squelches the speculation and rumor mill,” he said, giving one of the rare reasons the videos will ever be released.

While officers were not always confident the old cameras were recording, Cowart said Axon’s tech team can quickly help solve any issues with the new cameras.

“I can get on the phone right now with Axon and they’d have two or three people calling me back,” Cowart said, snapping his fingers.

And, using an evidence.com account and cellular data service, the videos can be automatically uploaded within minutes to the website server and fine-tuned with details at a desktop computer.

“There’s so many bells and whistles,” Cowart said. “And more were added when we put the in-car cameras in.”

Cowart and Sterner are the only ones with the authority to view another officer’s footage, if a complaint is made or the video needs to be shared. But logging in to see it requires approval from the officer who recorded the video in the first place.

An “audit trail” of who has opened a video, watched it or done anything with the video comes with the storage system. The cameras can also be accessed through the Shenandoah County Commonwealth’s Attorney’s office and Sheriff’s Office as well as the New Market, Woodstock and Strasburg police departments.

“We can share it to ‘em, they can review it. They can do whatever they need to for whatever evidence they need for argument,” Cowart said. “And that’s it, it never comes out of the system.”