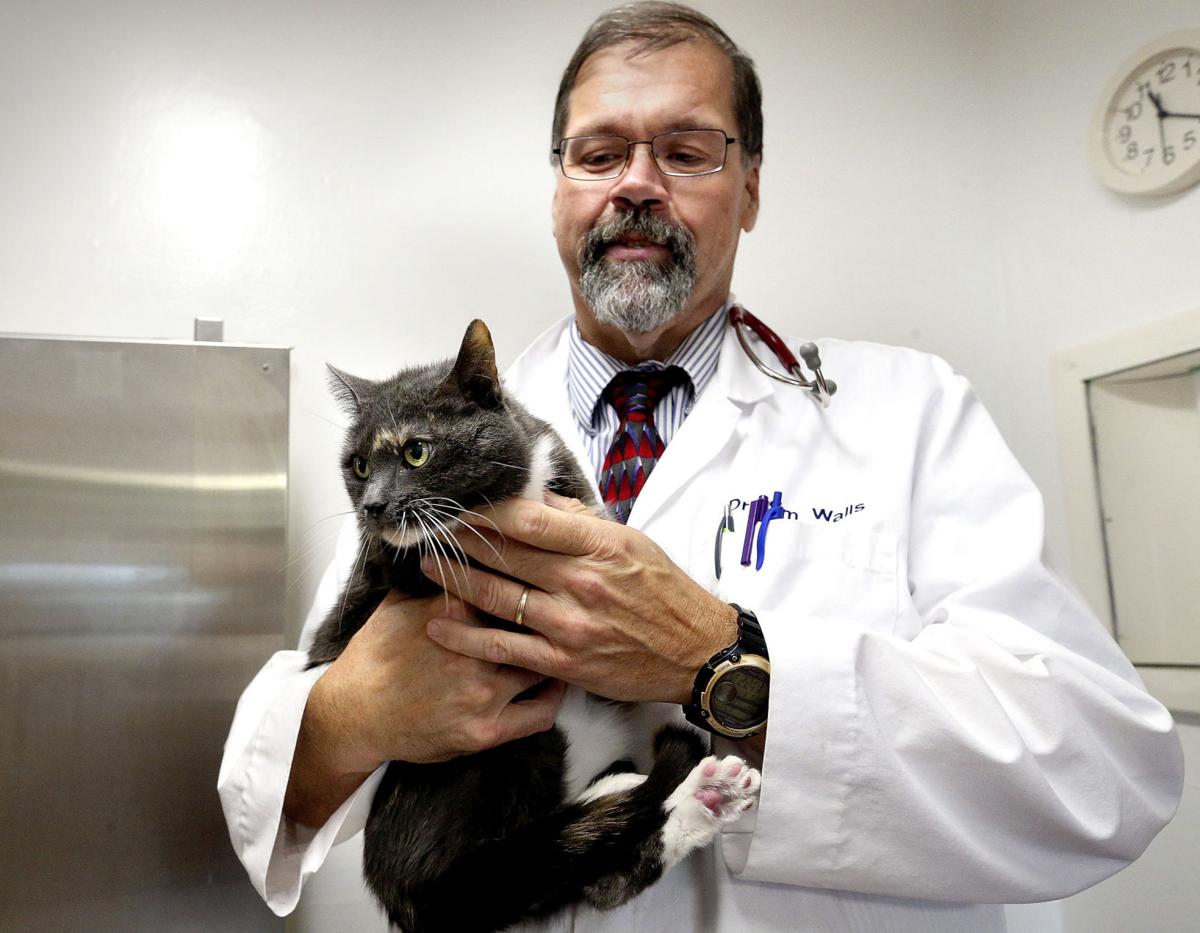 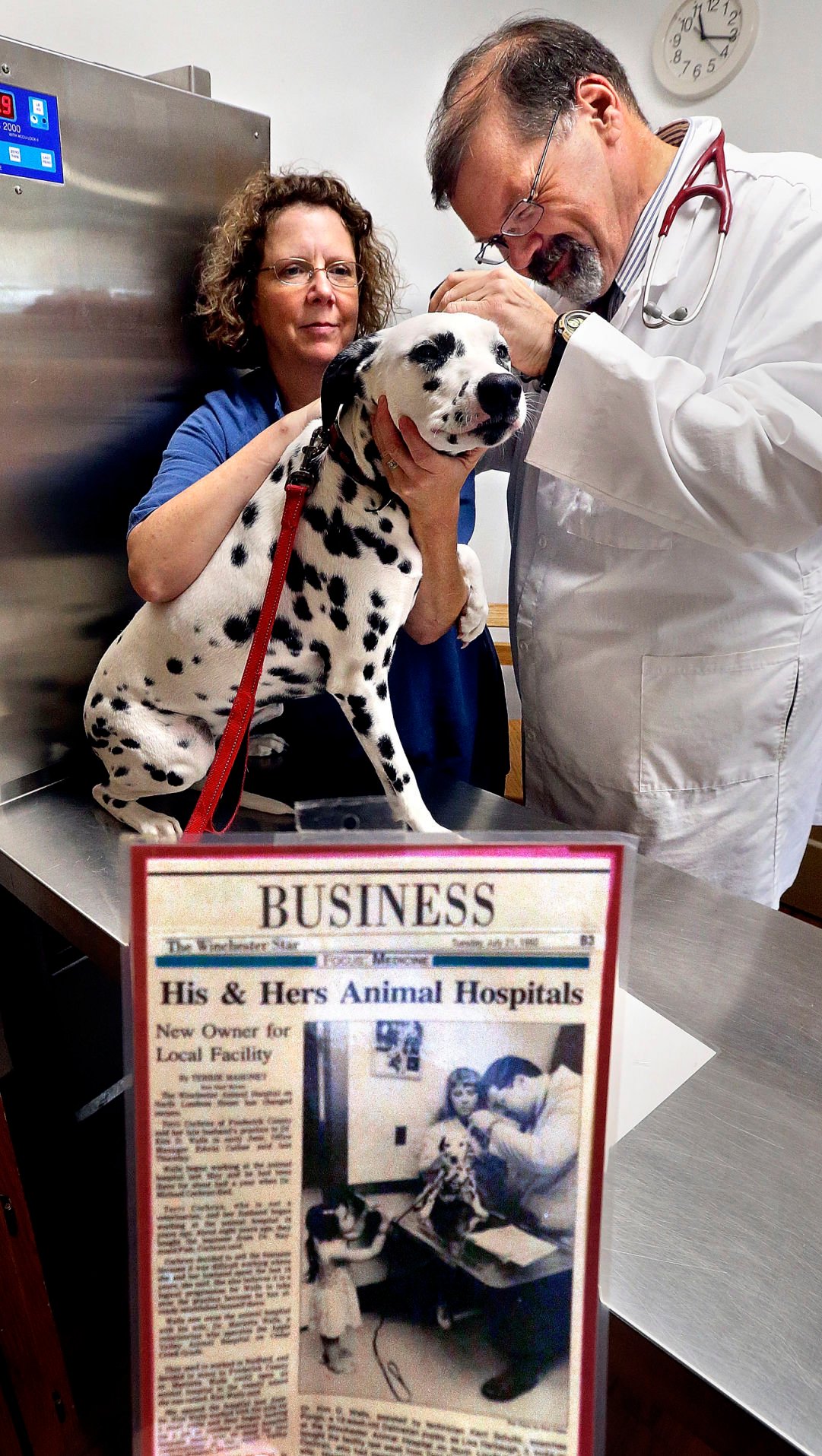 WINCHESTER — Thirty years ago, veterinarian Kim D. Walls bought Winchester Animal Hospital. The Winchester Star marked the occasion by taking a picture of him treating a Dalmatian with the assistance of veterinary assistant Kerri Shultz-Wilfong, who had been hired by the practice one year before Walls took over.

This week, Walls and Shultz-Wilfong marked three decades of working together by inviting The Star to return to the clinic at 901 N. Loudoun St. and recreating the 30-year-old photo using another Dalmatian owned by one of Walls' employees.

"She just likes working with me," Walls joked about his long professional partnership with Shultz-Wilfong, who now serves as his practice's manager.

"I feel like we've grown up together," Shultz-Wilfong replied.

Winchester Animal Hospital first opened in 1949 and has never changed locations, although the building has been expanded and improved over the years. Walls and his wife, fellow veterinarian Marietta Walls, bought the practice in May 1992.

Technically speaking, the married vets aren't in competition with each other. "But they kind of are sometimes," Shultz-Wilfong said with a laugh.

And we're not just talking about cats and dogs.

"We see some lizards, too, and rabbits," Shultz-Wilfong said.

They also treat snakes, birds and turtles, but those aren't the strangest animals Walls and Shultz-Wilfong have worked with over the past 30 years. That distinction goes to something so strange that some people think it's a plant.

"A coral reef," Walls said. "It's an animal and it gets a parasite. I've had two times where people brought them in for treatment."

Walls has also treated pythons that were so large he "had to make sure someone was in the room with me so they wouldn't wrap around and squeeze me to death. But they were nice snakes."

Surprisingly, Walls carries very few scars from irate animals who didn't want to be poked and prodded. Shultz-Wilfong, however, has a patchwork of scratch marks on both of her forearms.

"I'm not good at holding cats," she joked.

After 30 years working together, Walls and Shultz-Wilfong said they still love what they do and are looking forward to the next 30 years.

"It's been fun," Walls said. "But eventually I'd like to have enough time to take a little trip somewhere."